VIEW ALL
NEET - Physics
For linear simple harmonic motion with a given ω, two initial conditions are necessary and sufficient to determine the motion completely. The initial conditions may be (1) initial position and initial velocity or (2) amplitude and phast or (3) energy and phase. 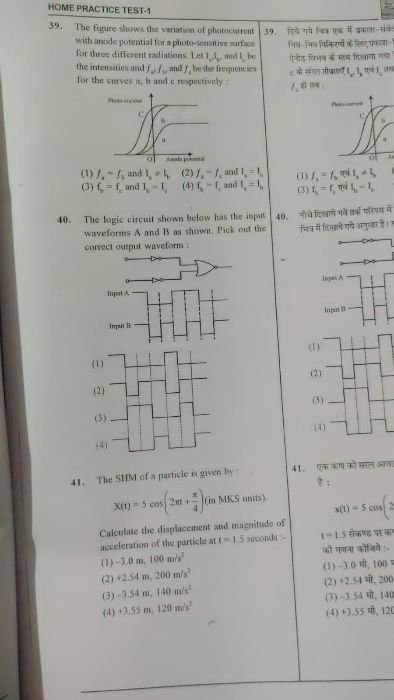 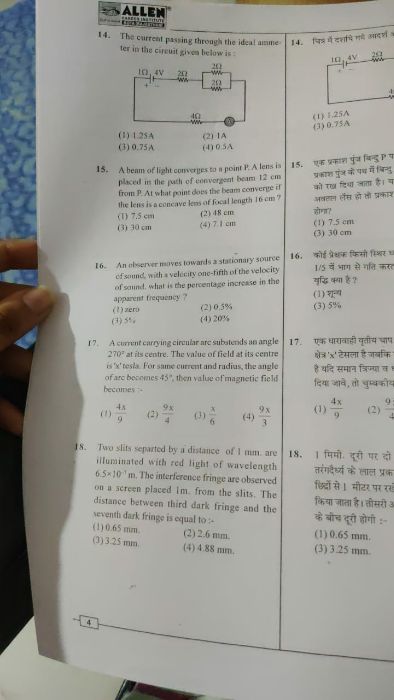 ANSWERED BY EXPERT
NEET - Physics
a whistle sends out 256 waves in a second. if the whistle apporoach the observer with velocity1/3 of the velocity of sound in air ,the no. of waves per second the obserever will receive

ANSWERED BY EXPERT
NEET - Physics
a particle performs shm with a time period of 0.2s I'd the amplitude of the oscillations is 10 cm and the particle starts from mean position then the average velocity of the particle I'm first 0.1 s will be

Queries asked on Sunday & after 7 pm from Monday to Saturday will be answered after 12 pm the next working day.