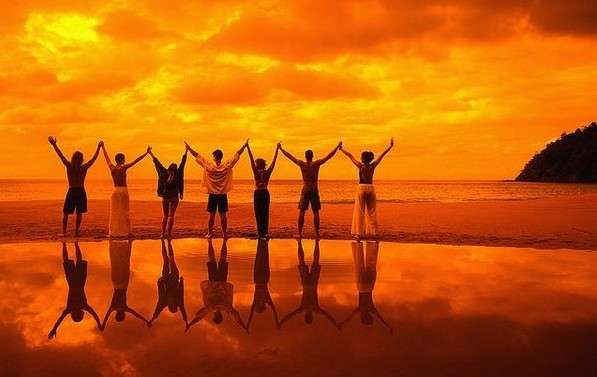 Facebook, Google, Apple-- Name them--They were all started off by friends

Friends can be a guiding light to your future. History has showcased friends who have come together to create a beautiful future for everyone with pathbreaking ideas that have changed the world forever. Here is a list of five friends who came together with their dreams, aspirations and ingenious ideas to give a shape to a brighter future.

Also Read: Celebrate this Friendship Day with Your Parents

Flipkart (Sachin and Binny Bansal)- The former Indian Institute of Technology (IIT) batchmates formed the largest e-commerce retailing books website, Flipkart back in 2007. The coincidences are striking as both grew up in Chandigarh and went to IIT Delhi. They met eventually when they ended up in the same team at Amazon during their working years. It was then the idea of Flipkart sprang up.

The duo pooled in Rs 2 lakh each and with two computers launched the site from their two-bedroom apartment in Koramangala, Bangalore.

Working as an engineer, Phanindra Sama, couldn’t get a bus ticket to Hyderabad for his Diwali weekend. He saw there was a lot of existent inefficiency in the bus operating system.

So, in January, 2006, three of them along with four of their batchmates started working on weekends to create an online solution to the problem.

Apple (Steve Jobs and Stephen Wozniak)- At 13, Jobs met the 18-year-old, Wozniak, an electronic wizard and an incorrigible prankster like him. Wozniak belonged to Jobs’ neighbourhood, which is now known as Silicon Valley.

Jobs took interest in Wozniak’s electronic knowledge. When his friend invented a computer board, Jobs’ interest heightened. Jobs convinced Wozniak to start a company, and Apple was born on April 1, 1976.

Google (Larry Page and Sergey Brin)- The founders of Google met in March 1995 during a spring orientation of new Ph.D. candidates at Stanford University.

Brin, who was a senior, was assigned to show some new students, including Page, around the campus. Eventually, they became friends. Later on, Brin joined Page’s Ph. D. research project, named ‘BackRub’.

Saverin belonged to a wealthy family and he started investing in Zuckerberg’s endeavor back in the college days as he saw the business prospering in the future.