The stress-strain graph for a metal wire is shown in the figure.  Up to the point E, the wire returns to its original state O along the curve EPO, when it is gradually unloaded.  Point B corresponds to the fracture of the wire.

(i)  Up to what point on the curve is Hooke's law obeyed?  This point is somtimes called the "Proportional Limit".

(ii)  Which point on the curve corresponds to the 'elastic limit' or 'yield point' of the wire?

(iii)  Indicate the elastic and plastic regions of the stress-strain graph.

(iv)  Describe what happens when the wire is loaded up to a stress corresponding to the point A on the graph, and then unloaded gradually.  In particular, explain the dotted curve. 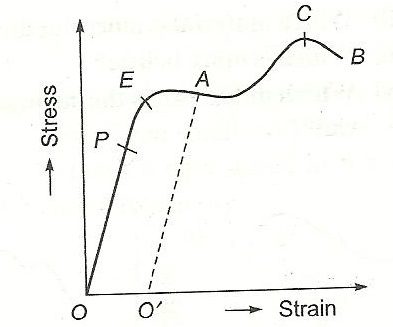 (v)  What is peculiar about the portion of the stress-strain graph from C to B?  Up to what stress can the wire be subjected without causing fracture?

(iv)  Strain increases in proportion to the load up to P but beyond P it increases by an increasingly greater amount for a given increase in the load.  Beyond the elastic limit E, it does not retrace the curve backward.  The wire is unloaded, but returns to O' along the dotted line AO'.  Point O' corresponding to zero load which implies a permanent strain in  the wire.

(v)  From C to B, strain increases even if the wire is being unloaded and at B it fractures.  Stress up to that corresponding to C can be applied without causing fracture. 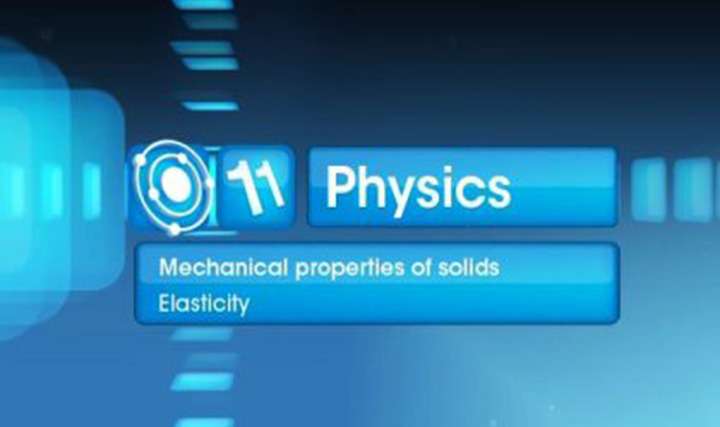 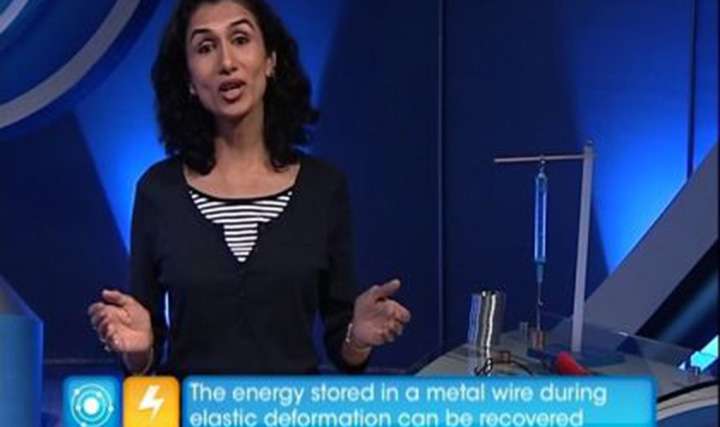 This video explains the elastic behaviour of solids, stress and strain defi... 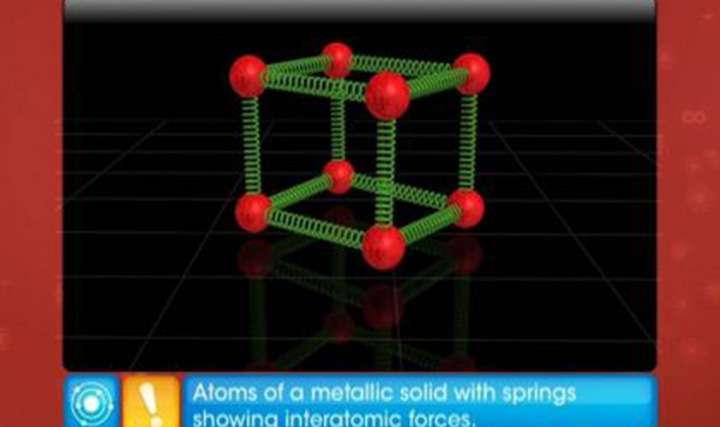