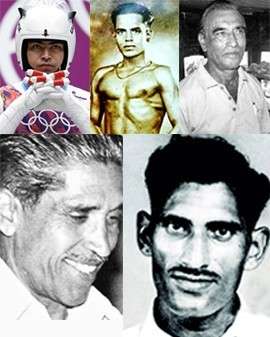 The Unsung Heroes of Indian Sports

In India, sports has always been limited to cricket; however, sports is far beyond the bat and ball game.

In India, sports has always been limited to cricket; however, sports is far beyond the bat and ball game. Today, we have forgotten the real heroes who made India proud worldwide by winning medals. It’s high time we give them that recognition for their hardwork and achievements. We really need to respect every sportsperson taking an effort to make our country proud.

Here is the list of five sportsmen who failed to become household names because of our negligence. 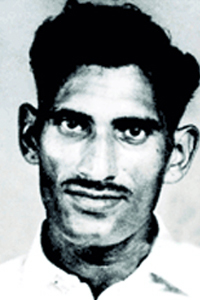 Paan Singh Tomar born in 1932 in Bhidausa, Madhya Pradesh, was a national-level steeplechase champion. His career started in the Indian Army as a soldier with the Rajputana Rifles where he was trained to be a long distance runner. However, he later decided to run the steeplechase. During 1950s and 1960s, Paan Singh successfully won the national steeplechase championship seven times. In the 1958 National Games, he created a national record in steeplechase. Despite being such a brilliant athlete, he was denied support from the police against the threats he received from his relatives. Eventually, he had to turn into a gangster and become a dacoit in the Chambal Valley to save his life. If the police had taken Paan Singh’s case seriously, he would have lived a respectful life as a sportsperson. 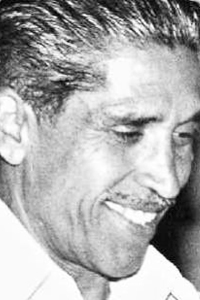 Shankar Laxman, India’s best goalkeeper in Hockey, was born on 7 July in 1933 in Madhya Pradesh. This soldier turned goalkeeper was an outstanding hockey player; his first national championship was in 1955. Laxman represented India for more than a decade in various Asian and Olympics Games. He also created history by becoming the first-ever goalkeeper to lead the Indian Hockey team at the 1966 Asian Games. Even after so much dedication and hardwork, Shankar did not receive any medical care from the Government during his final days of life. At the end in 2006, we lost one of the best goalkeepers because of lack of medical assistance. 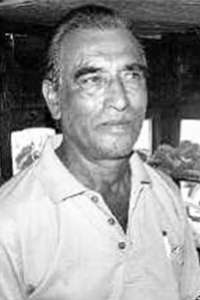 Indian footballer Bir Bahadur called ‘Forward Cheetah’ was an amazing player who had represented India in the 1966 Bangkok Asiad. Bahadur’s career started at the age of 14 when he was chosen to be a captain for his school football team. This was just the beginning; he played for several national-level matches such as Durand Cup, Santosh Trophy, Rover’s Cup and DCM Trophy. Later, he joined the army and started playing for the Services. However, after retirement from the army as a Hawaldar, his life took a great downfall. So, to survive poverty, Bahadur sells chaat in the streets of Hyderabad. 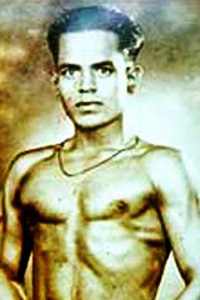 Khashaba Dadasaheb Jadhav, born on 15 January 1926, was the first Indian to win a medal in Olympics. He was one of the best wrestlers who won a bronze medal at the 1952 Summer Olympics in Helsinki. Khashaba came into the limelight at the 1948 London Olympics. Despite being such a brilliant athlete, Khashaba had to pay for his own travel and staying expenses at the 1952 Olympics. Later, for survival in 1955, he joined the police force as a sub-inspector where he also performed his national duties as a sports instructor. Even after serving for 27 years in the police department, Jadhav had to fight for pension after retirement. For years, the Indian Sports Federation also deserted him because of which he had to spend his final years in poverty. In 1984, he died in a road accident leaving behind the history he made for India in the Olympics.

Shiva Keshavan, born on 25 August 1981 in Himachal Pradesh, is the first Indian to compete in luge at the Winter Olympics. Despite lack of training and experience in luge, Shiva managed to succeed in five different Olympics Games. In the 2011–12 Asian Games in Japan, he set a new record and won the gold medal at the Asia Cup. Even after becoming the first-ever Indian to qualify for the Winter Olympics, Shiva’s name is not that famous among the crowd. In fact, very few people are aware of the sport luge and Winter Games. So, as a responsible citizen, Shiva has created a website to popularise the importance of the Winter Games in our country. Let’s hope Shiva continues to make India proud.

This is the problem of our country. Even after the lack of training, infrastructure, support and guidance, these heroes have done their best to make India proud. We, on the other hand, fail to acknowledge their accomplishments. So, instead of complaining about how bad India is in sports, we should start giving credit to the ones who are making us proud.

Also Read: 10 Women in Sports who Made India Proud 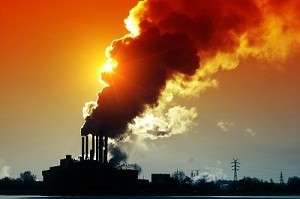 Global Warming: Are You Doing Your Bit? 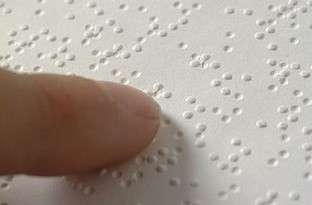