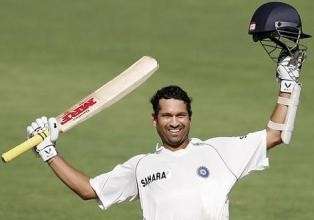 Sachin Tendulkar has many records to his credit. He is the highest run taker in Test and One Day International (ODI) Cricket, the highest century taker in Test and ODI, the first batsman to score 10,000 runs in ODI, the only player to score a double century in ODI and more. Despite these credits and his professional success, the Little Master manages to maintain a modest profile in public.

Sachin Tendulkar was born on 24 April 1973 in Mumbai. His father Ramesh Tendulkar was a Marathi novelist, while his mother Rajni worked in the insurance industry. Tendulkar's elder brother Ajit encouraged him to play cricket. He has two other siblings-a brother Nitin and a sister Savita.

Tendulkar attended Sharadashram Vidyamandir High School, where he began his cricketing career under the guidance of his coach and mentor, Ramakant Achrekar. During his school days, he attended the MRF Pace Foundation to train as a fast bowler, but Australian fast bowler Dennis Lillee, who holds a world record of 355 Test wickets, was unimpressed, suggesting that Tendulkar focus on his batting instead.

When he was young, Tendulkar would practise for hours on end in the nets. If he got exhausted, then Achrekar would put a one Rupee coin on the top of the stumps, and the bowler who dismissed Tendulkar would get the coin. If Tendulkar passed the whole session without getting dismissed, then the coach would give him the coin. Tendulkar now considers the 13 coins he won then as some of his most prized possessions.

While at school, Tendulkar developed a reputation as a child prodigy. He had become a common conversation point in Mumbai circles, where there were suggestions already that he would become one of the greats. Tendulkar's season in 1988 was extraordinary, where he scored a century in every innings he played. He was involved in an unbroken 664-run partnership in a Lord Harris Shield inter-school game in 1988 with friend and team mate Vinod Kambli. The destructive pair reduced one bowler to tears and made the rest of the opposition unwilling to continue the game. Tendulkar scored 326 in this innings and scored over a thousand runs in the tournament. This was a record partnership in any form of cricket until 2006, when it was broken by two under-13 batsmen in a match held at Hyderabad in India.

At 14, Tendulkar was a ball boy for the India versus Zimbabwe game at the Wankhede Stadium during the 1987 World Cup. When about the same age, Indian batting legend Sunil Gavaskar gave him a pair of his own ultra light pads. "It was the greatest source of encouragement for me," he said nearly 20 years later after surpassing Gavaskar's world record of 34 Test centuries. On 24 May 1995, Sachin Tendulkar married Anjali, a doctor. They have two children, Sara and Arjun.

Sources: Amillionlives and Wikipedia
Next Article 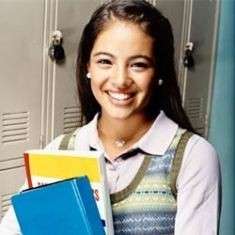 Know how to celebrate Teacher's Day