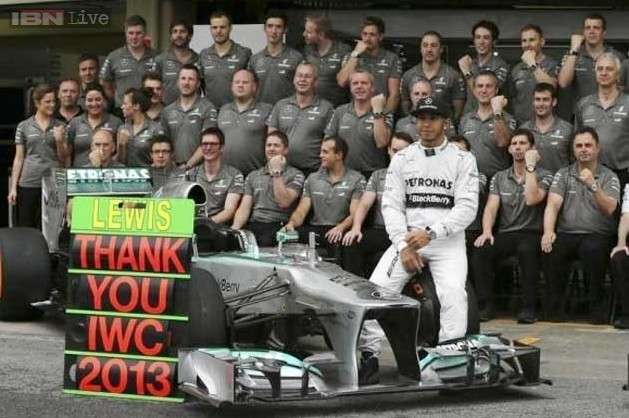 Lewis Hamilton walked away from a heavy crash after putting in the first laps of Formula One's new turbo era in testing with Mercedes on Tuesday. Twin black streaks of scorched tyre rubber at the end of the Jerez pit straight marked the asphalt where the

By Admin 28th Jan, 2014 07:35 pm
Lewis Hamilton walked away from a heavy crash after putting in the first laps of Formula One's new turbo era in testing with Mercedes on Tuesday. Twin black streaks of scorched tyre rubber at the end of the Jerez pit straight marked the asphalt where the 2008 world champion had locked up and careered into the tyre wall. Mercedes blamed a car failure, on the Briton's 18th lap of the day, for the crash and were investigating. Witnesses said the front wing appeared to break off. Hamilton also crashed last year in his first test for Mercedes after moving from McLaren, whose car had yet to break cover on a remarkably quiet Tuesday with all teams grappling with the new power units. By lunchtime only Hamilton and Toro Rosso's Frenchman Jean-Eric Vergne had set timed laps and only five cars had been seen in action. One of them was Kimi Raikkonen's Ferrari, that brought out the first red flag of the day when it stopped out on the circuit early on.
With a thin new moon still visible over the circuit, Hamilton eased the sleek looking F1 W05 out of the pitlane shortly after 0900 local (0800 GMT) for an installation lap before silence resumed. Formula One has ditched the ear-splitting 2.4 litre V8 engines for a new turbocharged 1.6 litre V6 with complex energy recovery systems and more emphasis on fuel economy. Hamilton's opening lap, the first public appearance of a new car on track, indicated the whinier and less rasping sound would take some getting used to. Mercedes, who carried out a private 40km shakedown at Silverstone with Germany's Nico Rosberg on Friday, presented the car in the pitlane shortly after dawn with champions Red Bull taking the wraps off their RB 10 challenger minutes later.
More than four hours after the test started, Red Bull's quadruple world champion Sebastian Vettel had still to appear on track as the team worked on an unspecified problem that had emerged overnight. "Obviously the car is still extremely new and still being completed as we speak and I think there was just a small setup issue that the guys want to have correct before we go out on track," principal Christian Horner told reporters. "Hopefully that will be in the very near future." Hamilton, in his second season with the team and now with the chosen number 44 on his car, said before getting down to work that his car looked fantastic. "So aggressive but full of really nice details as well. I'm excited to find out how the new power unit feels to drive, to hear how it sounds from the cockpit and to compare the job we have done relative to the competition," he added. "I think this is probably the season with the most unknowns that I have faced in my career and that's just so exciting for all of us." While some of the new cars have been startling in appearance, with eye-catching protruding 'noses' to meet new regulations dictated by safety considerations, the top two teams from 2013 came up with neater solutions. "The new car is an elegant but aggressive design and, as is often the way, it's beauty is much more than skin deep," commented Mercedes technical executive director Paddy Lowe. "The internal engineering of the car is extremely innovative and intelligent." Ten of the 11 teams - all but Lotus - are in Jerez for the test but tail-enders Marussia and Caterham hit early problems. Marussia's car was still on it's way to Jerez after being delayed at the factory by what team principal John Booth called a "small but frustrating teething problem". Malaysian-owned Caterham delayed their car presentation due, according to their Twitter feed, to "some last minute issues bolting it together". "The trials and tribulations of a completely new car have conspired against us today," they added.
Reuters
IBNLive.com
Next Article 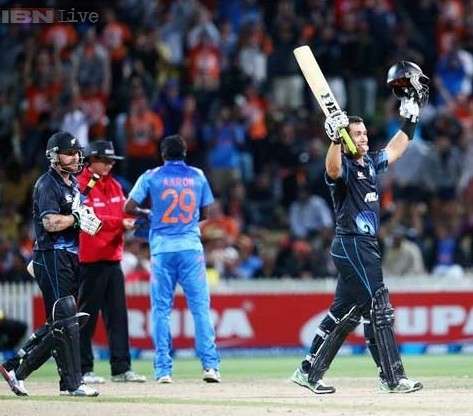