what is drift velocity

In a conductor, an electron will suffer collisions with the heavy fixed ions, but after collision, it will emerge
with the same speed but in random directions.
Consider now the situation when an electric field E is present. Electrons will be accelerated and
acceleration a due to this field by
a = -eE/m
where –e is the charge and m is the mass of an electron. Consider  the ith electron at a given time t.
This electron would have had its last collision some time before t, and let ti be the time elapsed after its last
collision. If vi was its velocity immediately after the last collision, then its velocity Vi at time t is
Vi = vi - ( eE /m ) ti   ..................................(1)
The average velocity of the electrons at time t is the average of all the Vi’s. The average of vi’s is
zero  since immediately after any collision, the direction of the velocity of an electron is completely
random.
The collisions of the electrons do not occur at regular intervals but at random times. Let us denote the
average time between successive collisions by τ, .
Then at a given time, some of the electrons would have spent time more than τ and some less than τ.
In other words, the time ti in Eq. ( 1) will be less than τ for some and more than τ for others as we go
through the values of i = 1, 2 ..... N.
The average value of ti then is τ that is known as relaxation time. Thus, averaging Eq. ( 1) over the
N-electrons at any given time t gives us for the average velocity Vd
Vd = ( vi )avg - ( eE/m ) ( ti )avg
since ( vi )avg = 0 , we get , Vd = - ( eE/m ) τ  .........................(2)
Above expression tells us that the electrons move with an average velocity which is independent of time,
although electrons are accelerated.
This is the phenomenon of drift and the velocity Vd in Eq. (2) is called the drift velocity. 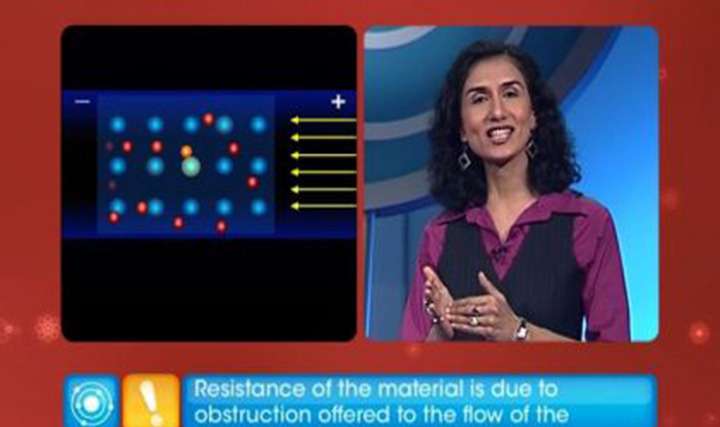 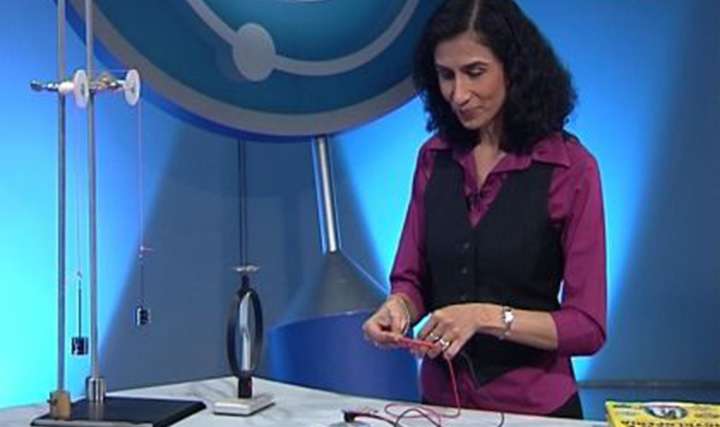