What does both of the 2 in 2-methyl-2-butyl mean ?
Kindly elaborate your answer. 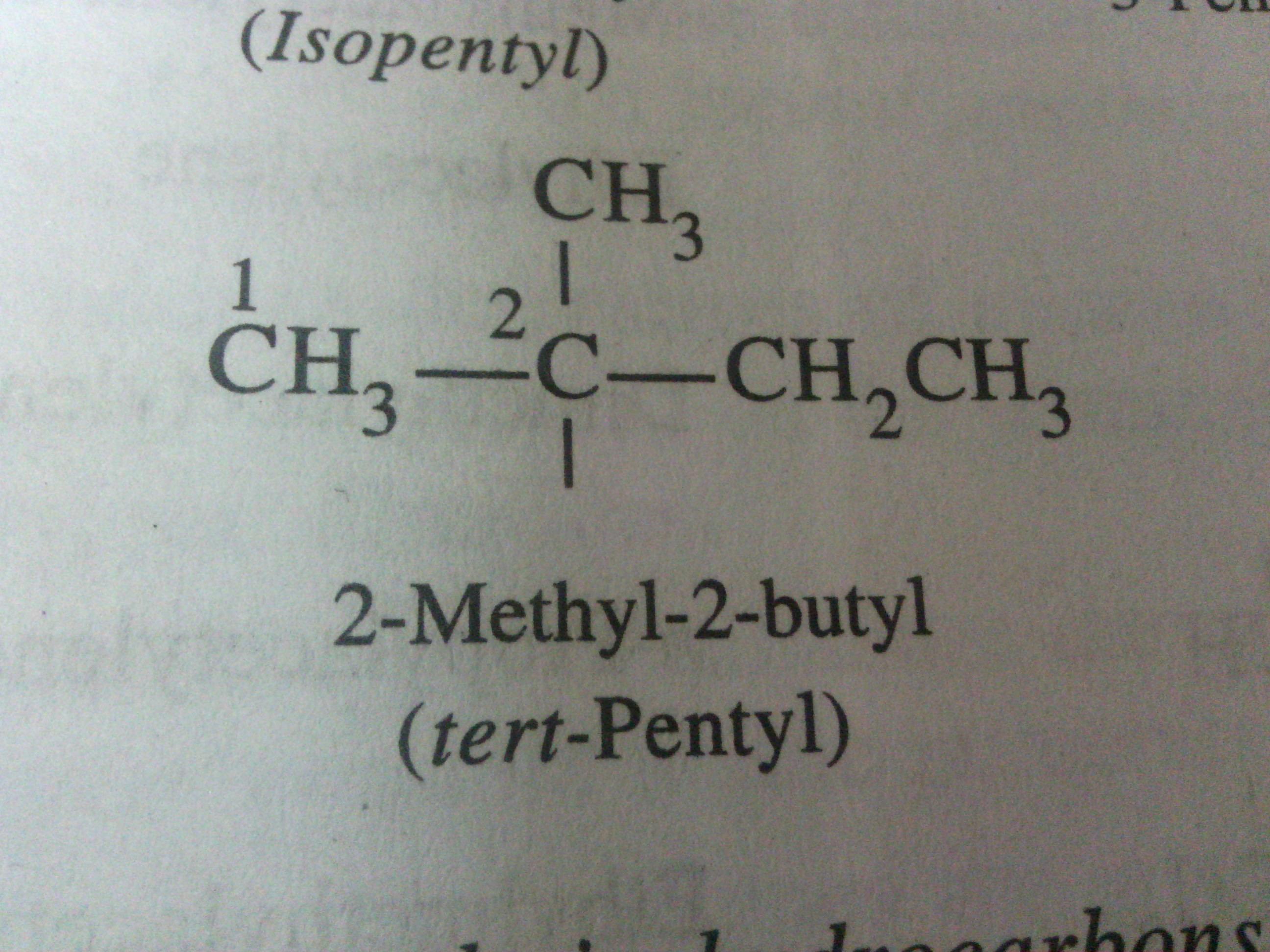 The given organic structure contains 5 carbon atoms attached to each other in a branched chain.
Apart from straight chain n-pentyl group, five types of pentyl compounds are formed due to different branching.
1. tert-pentyl
2. neo-pentyl
3. isopentyl
4. sec-pentyl
5. 3-pentyl
The provided structure is of tert-pentyl which is a common name.
The IUPAC name for this alkyl compound is 2-methyl-2-butyl
This is because,
Alkyl group is formed by removal one hydrohen atom attached to carbon atom.
Here, the longest continuous carbon chain contains four carbon atoms.
The hydrogen atom is removed from second number carbon atom where the some other functional group can be attached.
For example, suppose amine NH2 group is attached.
Then the name of the compound can be fould out as follows:
1. longest continuous chain contains 4 carbon atoms so root word or parent chain is butyl
2. there are two substituents viz. methyl and amine groups
3. we can see that both the substituents have been attached to the same carbon atom.
3. start numbering the chain in such a way that these substituents would get lowest possible number.
4. so the numbering will start from left and the substituents would get 2nd number which is right as if numbering would have been start from right the substituents would have been at third position which is wrong.
5. Thus, the IUPAC name is 2-methyl-2-butyl amine or 2-methyl-2-butanamine. Here first 2 indicates the position of methyl substituent and second 2 indicates the position of amine functional group.
I hope this example clears your doubt.
The first 2 indicates the poistion of methyl group and the second 2 indicates the position of functional group which is attached to the same second number carbon atom in the parent butyl chain. Don't get confused as it does not indicate the position of butyl group. Butyl is parent chain.