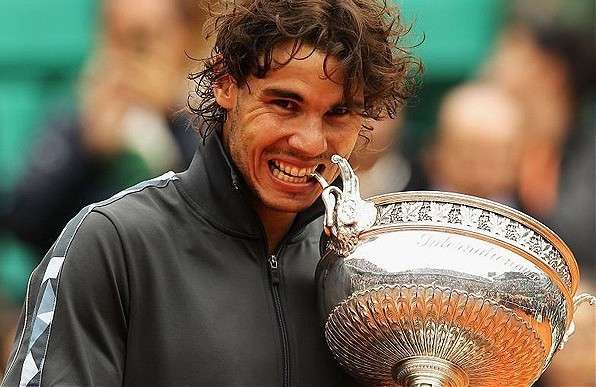 Rafael Nadal created history by winning the ninth French Open title on Sunday. With great efforts, Nadal beat Novak Djokovic 3-6 7-5 6-2 6-4 and became the first man to win for the fifth successive time at Roland Garros. Nadal was on cloud nine after his victory.

Nadal adds, “In matches like this every moment is crucial. Playing against Novak is always a big challenge as I had lost against him the last four times. For me it's amazing and emotional, I lost the final at Australia this year where I had a problem with my back and that was a hard moment. Today tennis gave back to me what happened in Australia.” (Source: IbnLive.com)

The win was not easy for Nadal, as he was physically exhausted and his right foot was injured. Despite these physical limitations, he tried his best and secured the French Open title.