The teaser of the film says that it is about Shahid and Priyanka taking janams after janams and falling in love with each other in every janam, pretty much like Karishma Kapoor and 'that guy' in Dangerous Ishq. 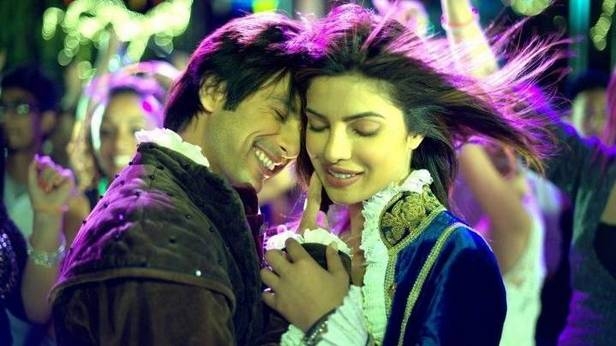 Why you shouldn't go by the teaser

The teaser of the film says that it is about Shahid and Priyanka taking janams after janams and falling in love with each other in every janam, pretty much like Karishma Kapoor and 'that guy' in Dangerous Ishq.

The promos say that Shahid Kapoor dances like Shammi Kapoor while Priyanka grooves along to some retro song which gives you a feeling that the film is a lot about song and dance.

But the script that travels between 1910 and 2012 couldn't have been dealt with in a more engaging manner. The love story of every janam is cute, sweet and very deftly handled. So, what do you have in the end? Three very beautiful love stories – one dating to early 20th century, another dating back to 1940 while the last one is set in the present day. It’s just three plain, simple love stories simply told that entertain you.

Why Kunal doesn't go wrong with the script?

The first thing that will strike you about the film is the research that he has done and the quality of its special effects. The Bombay of 1940 is created so beautifully that it gives you an impression that huge sets were created to recreate the city dating back to the Raj Kapoor era (no, it is just the special effects that do the trick).

The love story dating back to Lahore in 1910 is a bit of a drag considering that Shahid and Priyanka are breaking into a shaayari at every opportune moment, but it doesn’t let the pace slip. The script maintains a good pace and races to the climax where the ending of all the love stories are mashed up and played out together. It works.

Why Shahid and Priyanka should forget that they have broken up

We have heard that Shahid and Priyanka might never 'play' together and this may be their last film together. We suggest they should stop behaving like Leander Paes and Mahesh Bhupathi. We have seen this happen once with Shahid (he never worked with Kareena Kapoor in spite of Jab We Met becoming a huge hit), this cannot happen again.

Let's accept this: Priyanka and Shahid have a crackling chemistry. The pair looks very comfortable with each other and has a great comic timing. Unfortunately, they haven’t been able to reproduce the same thing with anybody else. If they stop working with each other, they surely won’t miss each other much. But it will the collective loss for their fans. Somebody please tell them to immediately sign a sequel to this film.

Shahid and Priyanka have actually carried this film on their shoulders. The way they literally arrest your attention in the film, it leaves very little room for anybody else to get mileage. So, all the girls who have played Shahid’s distraction in every janam get washed out in front of Priyanka. Ditto with Prachi Desai who plays her part so well in janam number two (the 1940 one), she sadly gets forgotten as soon as she steps out of the frame.

Why we recommend the film for you

The film is a mash-up of everything that you wanted on a Saturday night – a bit of fun, bit of drama and a whole lot of emotional, drunken soliloquies.  Go out there and have a lot of fun.

Ferrari Ki Sawaari is such a cute story