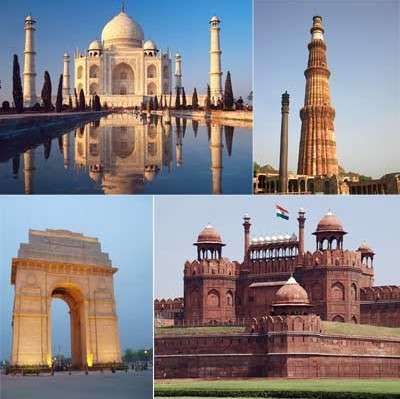 They indeed make us proud!

It indeed makes us proud when we talk about the rich heritage of our country. The culture, traditions and places are just some of the aspects of the rich heritage we carry forward. Visit these famous world heritage sites of India to know more about the history of the country.

1. Taj Mahal: Located in Agra, Uttar Pradesh, the Taj Mahal was built by Shah Jahan in memory of his beloved wife Mumtaz. The Taj Mahal is indeed one of the beautiful monuments of the country. It is known for its architecture. The picturesque monument attracts crowds in huge numbers every year.

2. Qutub Minar: One of the tallest minarets in India – Qutub Minar in Delhi was declared a world heritage site in 1993. It has been built using marble and sandstone.

3. Red Fort: Another monument which adds to the beauty of Delhi is Red Fort. The fort which is also known as Lal Qila has been built in the Mughal style. Red Fort is not only a heritage site but also an iconic symbol of India. The Prime Minister of India hoists the national flag here on Independence Day.

4. Ajanta Caves: The Ajanta Caves was declared a world heritage site by UNESCO in 1983. The caves certainly qualify as a fine example of architecture.

6. Humayun’s Tomb: Humayun’s Tomb – the tomb of Mughal emperor Humayun is one of the oldest tombs which add to the glory of the country. Designed in the Mughal style, the tomb was declared a world heritage site in 1993. Visit the tomb to experience its architectural grandeur.

7. Ellora Caves: Ellora holds an ancient mix of Buddhist, Hindu and Jain caves. And just like Ajanta Caves, Ellora Caves is also known for its architecture. The caves are one of the oldest in the country.

8. Elephanta Caves: Located near the Mumbai harbour, Elephanta Caves is a famous tourist destination in Mumbai. To get to these caves, take a ferry from the Gateway of India to the Elephanta Island.

10. Jantar Mantar: Jantar Mantar in Jaipur was built by Maharaja Jai Singh. It is a collection of architectural astronomical instruments and is one of the popular heritage sites of India.