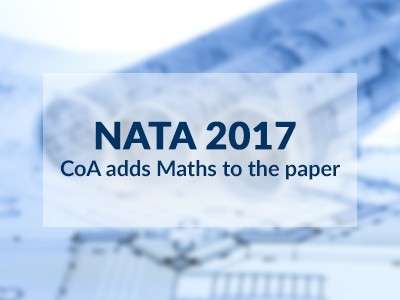 Changes in NATA Paper Pattern 2017: Maths Added to Part A of the Exam

Mathematics has been added as a component to NATA 2017. In addition, the COA will conduct NATA only in limited cities in 2017.

The Council of Architecture (CoA) has included Mathematics as a 40-mark component in the 200-mark paper of this year’s National Aptitude Test in Architecture (NATA).  In addition, the test will be now offline instead of online tests conducted in phases between April-August-end every year.

The exam will be held on 16 April 2017, Sunday. Many students and teachers have expressed concerns as it is going to be in between the class XII exam of some state boards and CBSE exam. For admissions to the five-year BArch course, 50% weightage each is given to NATA and the aggregate of class XII scores, which includes scores in mathematics. Therefore, some professors are unsure why students should be reappearing for Mathematics in NATA. Exclusion of mathematics ensured that skilled students even from the Arts and the Commerce background could get a decent rank in NATA.

The mathematics section will be based on class XII CBSE syllabus. In addition, the COA will conduct NATA only in limited cities in 2017. This might make it inconvenient for students from rural areas. The last day for registration for the exam is 02 February 2017. 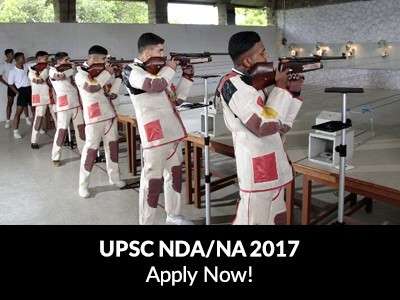