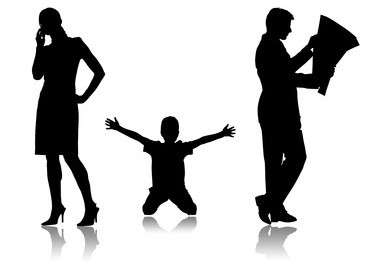 “The only thing constant in life is change.”

I was born at the stroke of the 90s when wearing your pants above waistline was a fad, watching HBO was unheard of and having a computer was unnecessary. By the time I was a teenager, we were already being bombarded with technological advancements. Rushing to a cyber cafe after tuitions to unravel the mystic social networking world of Orkut and having a private life without any hindrance was really enticing.

With more technology at my disposal, my perceptions widened and I became aware of certain things which my parents could not even grasp. The change in me caught my parents off guard. I found the problem acute in other households too, and the internet became the main enemy and distraction which my parents vowed to ward off together.

Losing patience became a common occurrence as my parents thought I was possessed and I thought, “They just don’t get it!” The communication slowly faded away due to a gap in our understanding. What was right for them didn’t make any sense to me and vice versa. From being an integral part of my family, I became consumed in my own world.

I still remember how I had to study hard for my Board exams in order to get a cell phone which could be used only for calling and texting.

A few months ago when I walked into my school premises, I was surprised to see all our notice boards on which we would pin coloured charts replaced by digital notice boards. The fact is things change, for the better or worse, but we’ve to learn to deal with the complexities attached to them.

My sister, who is a few years older than I and being born in the early 80s, was surprised to receive a friend request on Facebook from our 4-year-old cousin. Well, being on the social network isn’t a big deal nowadays. Even before coming into the world, a baby has an internet presence. There was a Facebook post I came across from a friend of mine in the US – “This is how my 7-month-boy looks,” which got more than a hundred likes.

Fact is, when you aren’t living through these changes over the years and suddenly they stare at your face, there always grows a disconnect. That’s the challenge parents face with their kids and vice versa. There were a few things which helped me in my late-teens to re-establish the relationship with my parents which I once had lost. It may work for you if you give it a try.

Bridge the Communication Barrier: Instead of asking, “Why?”, I started asking them “How will it benefit me?” By doing that I wasn’t challenging their authority anymore. As a result, instead of entering a fruitless argument I got into a constructive discussion. There were some things where they would be right and there were others where I would be. These things were best realised and executed only when I entered a discussion with them.

Build Trust: What will happen if we become parents? How would it make us feel if someone who we brought into this world and then taught them the ways of life start abusing and shouting at us? Being a parent is a tough job (not that I am one – but eventually we all will be one someday.) When this realisation set in, I tried not to show my anger and throw tantrums at them and kept my attitude in check (many a times it was difficult).

Unknowingly, we become the same person like we are to our parents to the whole world. You don’t want to end up having unfaithful friends or being pushed away or being avoided by others in your lives.

More from Holistic Learning and Development