Is your PC Windows 8 ready?

Ever since we stepped into 2012, there have been predictions about how this year will be all about Windows 8.

Ever since we stepped into 2012, there have been predictions about how this year will be all about Windows 8. Almost half the year has passed, and we’ve seen Microsoft dish out the testing versions of Windows 8 in the form of the Developer preview and Consumer preview. Today, the software giant put forth the Windows 8 Release preview, the final public rollout before the highly anticipated Windows edition hits store shelves. Microsoft has also offered an early adoption update for those who wish to buy a Windows 7 PC, starting this Saturday, June 2, 2012, until next year, 31 january 2013. So, the question,Is your PC ready to upgrade to Windows 8? arises. We’ve jotted down the hardware specs that are needed to upgrade to Windows 8, and how we can prepare ourselves for this newest edition of Windows.

Let’s see if your PC is Windows 8 ready
While upgrading to the new operating system, the primary worry is if the PC hardware will be compatible with the new software, or will one require a hardware upgrade. However, Windows 8 promises no major hardware change for those using its predecessor, Windows 7. So, if your PC has been running on Windows 7 then it is compatible with Windows 8, too.

Processor
Microsoft has attempted to ensure that there are as few upgrades that will be required when it comes to hardware. The processor requirements, for example state that you need just a 1GHz processor. A 1 GHz processor is found on pretty much every system sold in the past 10 years. Even a Rs. 13,000 netbook comes with 1.6GHz single core processor. In fact, Windows XP would run just fine on a 1GHz processor. This means Windows 8 is quite versatile when it comes to hardware requirements. Here at Tech2, we’ve run the Consumer Preview on a number of PCs with some outdated hardware. It’s not the most fastest experience, but you can easily get most of the basic tasks without any slowdown. 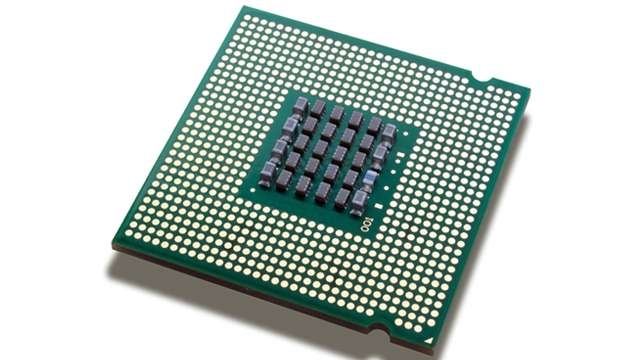 Memory
Windows 8 binaries for 32-bit and 64-bit processors are being made available, like with previous releases. The basic memory requirements for Windows 8 is 1GB of memory. Like with the case of the processor, 1GB is really a small amount. Almost all PCs and notebooks today come bundled with either 3 or 4GB of RAM. For example, 2GB of RAM was the norm some 4 years ago. So, you’re not likely to find your PC struggling. Of course, if you have 4GB or more of  memory, it’s recommended that you opt for the 64-bit version, which like other 64-bit operating systems will allow you to use that extra RAM. Windows 7 was a predecessor to Windows Vista, but there were many improvements as far as memory consumption and optimizations were concerned. It looks like Microsoft has taken things to a different level with Windows 8 - additional features with the same memory consumption.

Drive space
Windows 8 is a completely new beast, considering it comes bundled with the Metro user interface that’s worlds apart from the traditional Windows desktop environment that we’ve been used to. There’s a whole bunch of additional content in Windows 8, so you’re likely to see the installation size increase. The 32-bit Windows 8 installation requires some 16GB of free disk space on your drive, while the 64-bit version will take 20GB because of the larger binaries. This was the same amount of disk space required for Windows 7. For better performance of course, we’d recommend installing Windows 8 on a fast drive or better, a solid state drive.

Screen resolution
Your monitor is required to have a minimum screen resolution of 1024 x 768. However, if you want to use the Snap feature of the new Windows OS, which allows aligning two windows side by side, a monitor with resolution 1366 x 768 or higher is required. The Metro UI appears to be all about touch, so we think a touchscreen device would be able to do more justice to the Windows 8 operating system. This Windows 8 build has enhanced support for multiple monitors. It allows using the Metro UI on one monitor, while the traditional one on the other. The controls will be accessible from both monitors. Windows 8 also supports the panoramic mode across monitors for a larger picture.

Windows 8 will come across as a major overhaul on the usage front, from what you have been using until now. It is completely revamped and has received a major facelift. First of all, the look and feel is new, something that we aren't accustomed to see on PCs. First thing to have struck would be the missing Start button. Yes, unlike previous versions of the OS, there is no start button and you will have to add tasks, either on the Metro UI or on the traditional UI’s task bar. We know how we’ve all got accustomed to vertical scrolling, but Windows 8 compels one to go the horizontal way on its Metro UI. Moreover, the Charm Menu on the right hand side will become a valued tool and a means of navigation, among other changes. So, there is a lot of getting used to while upgrading to this new operating system. However, the operating system appears to be quite promising.

Chrome beats IE to become the world's most used browser