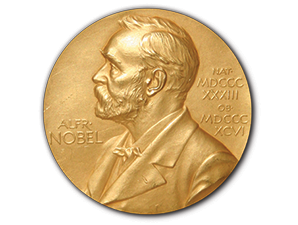 “If I have a thousand ideas and only one turns out to be good, I am satisfied.”- Alfred Nobel

This quote by Alfred Bernhard Nobel, the prominent inventor of the dynamite, suggests a frame of mind similar to that of a student. After all, we have so many ideas, work hard to execute some of them, and indeed, one works out. Apart from being known as the inventor of the dynamite, Alfred Nobel was a chemist, engineer, innovator and armaments manufacturer. With many interests, Nobel was also a voracious reader and an avid writer.

Words fall short when describing either his brilliance or the famous name behind the most dignified attainment in a human’s life—The Nobel Prize. To honour Alfred Nobel and the Nobel Prize winners through the years, TopperLearning will be introducing a dedicated section to our blog called The Nobel Laureates. Many have won the honour, and it is not easy to keep their names in our memory. Having a record improves your general knowledge and motivates you to be one of them. Well, at least we will have an idea of the skills required to win a Nobel Prize if you feel actually winning the honour is wishful thinking. We also have too many results displayed on the Nobel Prize when we perform a Google search query. So we at TopperLearning decided to reduce your stress. You can now simply type TopperLearning in the Google search box and visit our blog section The Nobel Laureates to get all the answers you wish to know on the Nobel Prize.

Here’s a list of questions which arise in our mind when we read about the Nobel Prize and its distinguished winners.

Q. Who proposed the idea of the Nobel Prize?
A. The will of the Swedish inventor Alfred Bernhard Nobel established the prizes in 1985. A will is a legal document through which a person expresses how their property should be distributed at death and entails one or more persons (known as the executor) who administers the estate until its final distribution. On 27 November 1895, Alfred Nobel signed his last will at the Swedish–Norwegian Club in Paris. In this will, he mentioned that much of his wealth shall be used in the establishment of a prize. Numerous controversies took place as the idea was opposed in Sweden, by his family and internationally. This was five years before the first Nobel Prize could be awarded in 1901.

Q. Who nominates and decides the Nobel Prize winners every year?
A. Academia, scientists, previous Nobel laureates and members of parliamentary assemblies nominate candidates for the coming year and send their names to the Nobel Prize Committee. The Committees in Sweden are responsible for the selection of all awards except for the Nobel Peace Prize. Alfred Nobel requested a Norwegian Committee to be accountable for the Peace Prize.

Q. Who or what is a Nobel laureate?
A. A person or an organisation awarded the Nobel Prize is known as a Nobel laureate. The word ‘laureate’ means a person who is honoured with an award for an intellectual achievement.

Q. What are the categories for the Nobel Prize?
A. Alfred Nobel in his will desired to give the largest share of his possessions through a series of prizes to people who worked towards the greatest benefit to humankind in Physics, Chemistry, Physiology or Medicine, Literature and Peace.

Q. Who were the first Nobel Prize winners in 1901?
A. Wilhelm Conrad Röntgen for Physics, Jacobus H. van’t Hoff for Chemistry, Emil von Behring for Medicine and Sully Prudhomme for Literature; Henry Dunant shared the award with Frederic Passy for Peace.

There have been winners of the Nobel Prize through the decades. We are going to write the entire list of winners so that you know who the laureates are.

Like and share our all-new section with your friends and help them to improve their general knowledge on The Nobel Laureates. 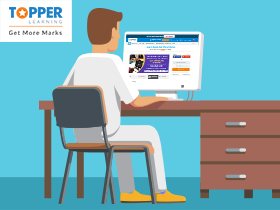 7 advantages of Studying Online with TopperLearning

MORE from The Nobel Laureates 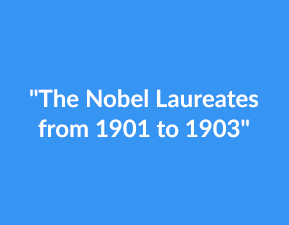