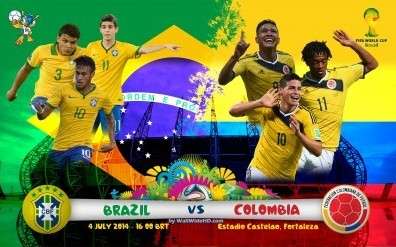 FIFA World Cup 2014: Why Colombia Starts as a Favourite Against Brazil

This FIFA World Cup has made people believe that Colombia can defeat Brazil in the quarter-finals. Had this been any other World Cup, such confidence would have been considered ridiculous by regular football watchers.

So, what has been in favour of Colombia? For the first time, the five-time World Cup champions Brazil are actually being considered the underdogs to a team who was considered the same before the World Cup started.

The Colombians are living their dream as this is the first time they have qualified for the last eight. They are also one of those few teams along with Netherlands, Argentina and Belgium, who have won all the matches in this tournament so far.

They have not only scored a staggering 11 goals as against Brazil’s 8 in this World Cup but also conceded only two goals, which is way better than the Netherlands. 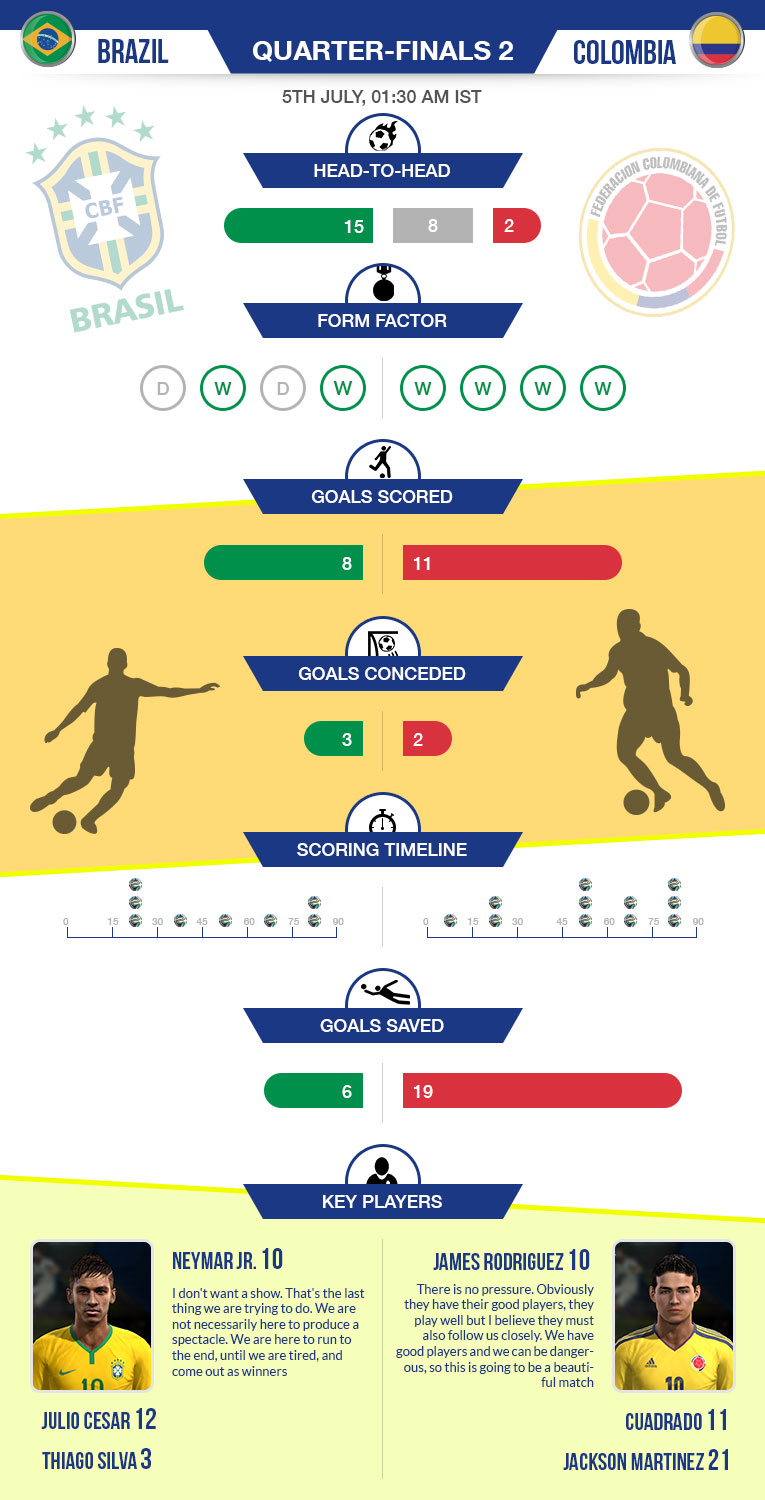 This says a lot about the strong Colombian defence headed by Mario Yepes and Christian Zapata. Colombian forwards may have stolen the show so far, but their goalkeeper David Ospina has been equally brilliant; although he has been troubled relatively lesser than the other goalkeepers in this tournament.

Colombia has scored a goal in every 4.2 attempts against Brazil’s 8.8 attempts. This means that Colombia’s mid-field has been strong and more efficient, as they have scored a goal in fewer attempts than Brazil. Juan Cuadrado has been the best mid-fielder so far, as he has the highest number of assists in this World Cup.

These stats show that while the Brazilians have failed to score during the last crucial moments of the game, Colombia has scored during the deciding end stages of the match.

Going by the performance in this World Cup, Colombia is way ahead than Brazil. This may still come as a shocker to many, but Neymar’s boys are a mere shadow when compared to the Ronaldos and the Rivaldos of yester years. 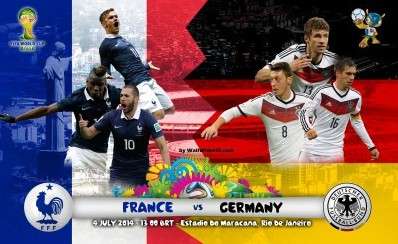 France Vs Germany World Cup 2014 Preview: Will the German Blitzkrieg Come to an End?