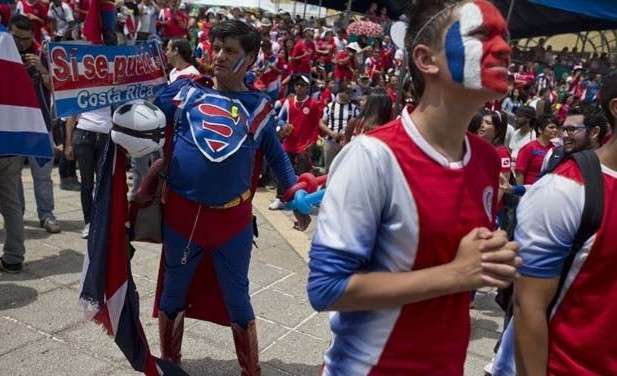 Can any underdog lay their hands on the World Cup this time?

If you are wondering why this World Cup in Brazil has been termed as the ‘Cup of the Underdogs’ so far; there are enough reasons to believe it. Here are a few:

This Saturday saw one of the most compelling matches of this tournament. Brazil squeaked in a victory, but it was Chile who captured everyone’s imaginations. They came back from a goal down with an equalizer in the 32nd minute from Alexis Sanchez.

Even the spirited Brazilian team couldn’t get past the Chilean wall despite their innumerous attempts. You could see Hulk and Neymar urging the Brazilian fans in the stadium to cheer louder for them as the match went into the extra-time.

Those were calls of desperation from the Brazilian eleven who knew that the only way they could win was with divine intervention and a million prayers. Chile’s beautiful and mystical passing opened up the Brazilian defense especially before the end of 90 minutes.

In the dying moments of the match when it was inevitably heading down to the penalty shootouts, Chilean substitute, Pinella out of nowhere, almost ended Brazil’s hopes with a shot that hit the posts.

Chile's beautiful passing game was like a well composed song which left the Brazilians awestruck in the field.

Before the penalty shootouts started, the commentator fished out some valuable words, "It’s the stage for heroes and villains." The rest is now history.

Colombia has won every match in this World Cup gracefully. They never ever looked a team in distress. They also currently have the best forwards.

James Rodriguez is in his prime form, eyeing for a ‘Golden Boot.’ He is the top scorer with 5 goals in 4 matches. He is very well assisted by Juan Quadrado, who has the highest number of assists in this World Cup and Jackson Martinez, who is one of the most exciting forwards to watch out for. Don’t be surprised if they become the sole reason for Brazil not winning the cup on the home soil.

Costa Rica’s cruise to the unchartered lands of glory 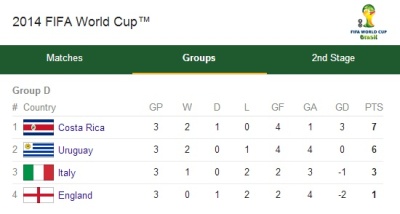 A look into the Group D table after the group stage matches, and you will be left bewildered for years to come. Costa Rica is at the top of table and the star-studded England at the bottom. Wasn’t that the exact opposite of what we thought? Yes, Costa Rica ranked, 34th in FIFA, has turned the world upside down by defeating Italy, which is ranked 9th and Uruguay ranked, 7th.

Costa Rica went on to defeat Greece, ranked, 12th in the round of 16. For the first time, it has gone so far in a World Cup reaching the quarter-finals. Will it be a shocker to imagine that they could defeat Netherlands who are ranked, 15th? Wait and watch!