Why Carbon tetrachloride and water are immiscible?

Even if there was some separation of charge in these bonds, the CCl4 molecule wouldn't be polar, because it has a symmetrical shape in which the four chlorine atoms point toward the corners of a tetrahedron, as shown in the figure below. CCl4 is therefore best described as a nonpolar solvent.

The difference between the electronegativities of the hydrogen and oxygen atoms in water is much larger (EN = 1.24), and the H

O bonds in this molecule are therefore polar. If the H2O molecule was linear, the polarity of the two O

H bonds would cancel, and the molecule would have no net dipole moment. Water molecules are not linear, however, they have a bent, or angular shape. As a result, water molecules have distinct positive and negative poles, and water is a polar molecule, as shown in the figure below. Water is therefore classified as a polar solvent.

Because water molecules are bent, or angular, they have distinct negative and positive poles. H2O is therefore an example of a polar solvent

So because of their different nature the two do not dissolve with each other and on mixing them we see two separate layers of two solvents. 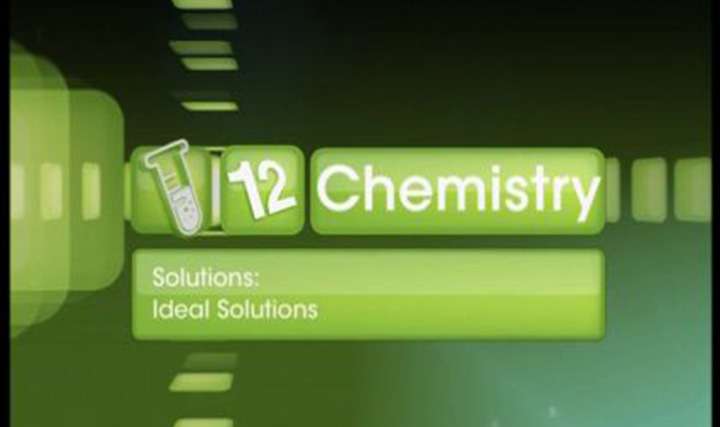 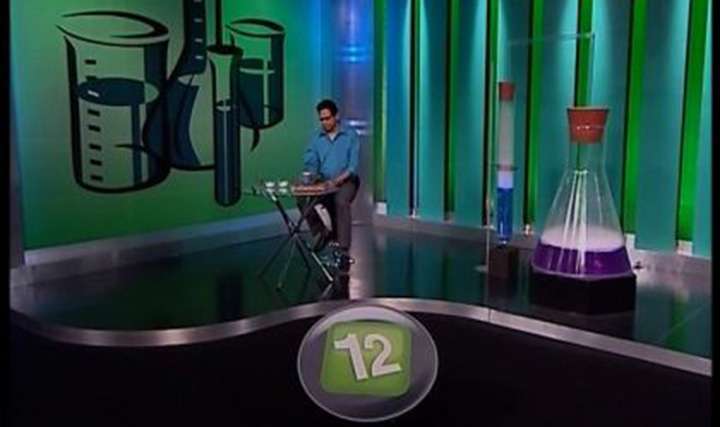 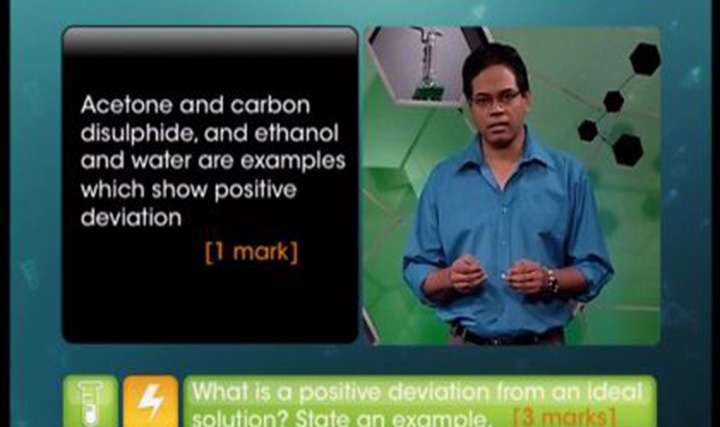 This video focuses on the concepts of colligative properties & vapour press...