While solving problems, when do we take positive g?

During body's upward and downward motion, what terms shoud we take as positive and negative? 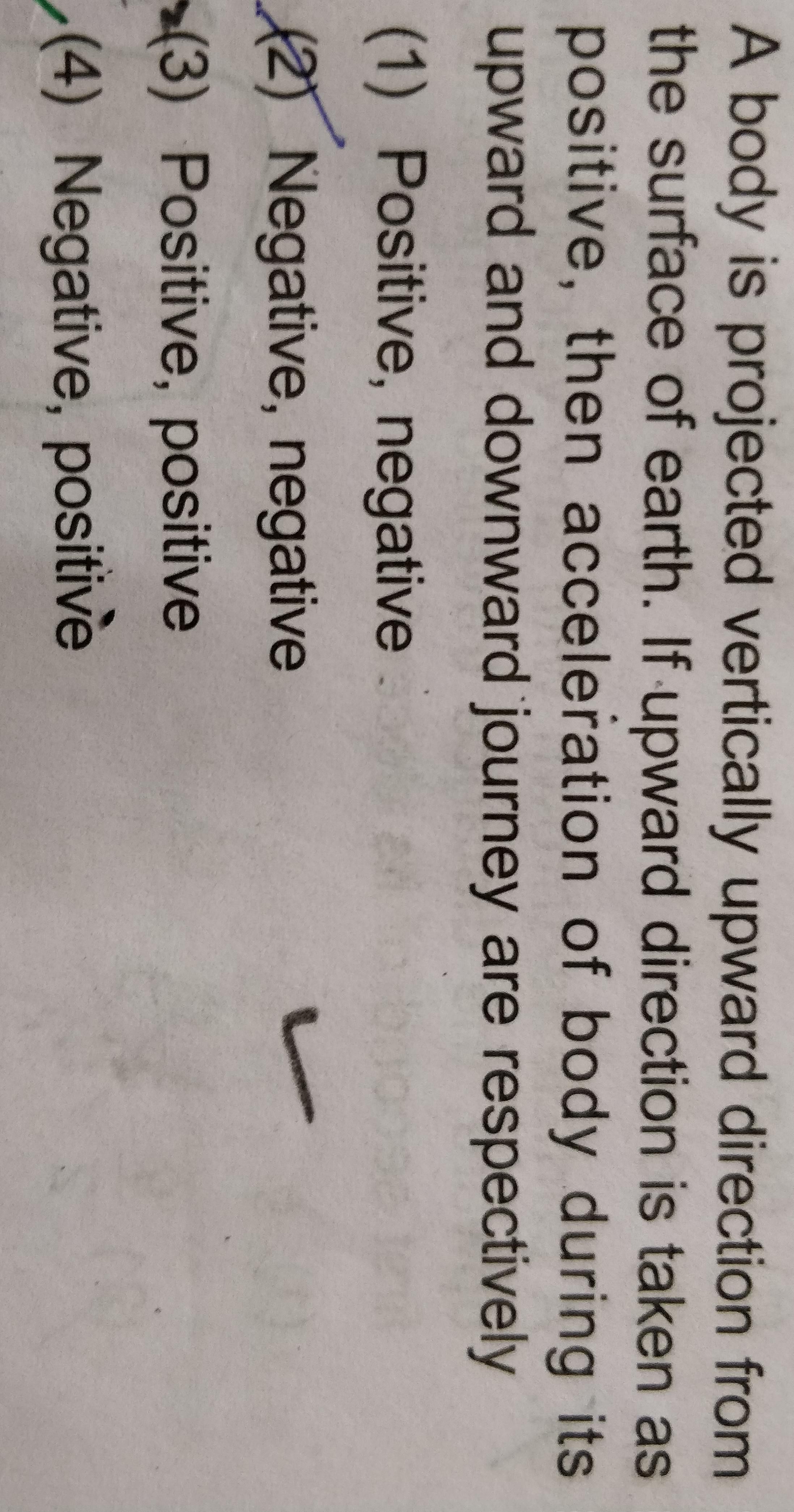 Asked by 22bakugoku 18th April 2019, 5:48 PM
Answered by Expert
Answer:
In motion solving question of motion under gravity there are two methods to solve those questions
1. First method is sign convention  like taking upward direction as positive and downward direction as negative,  that whatever tha measurement we take along upward as positive whether it can be velocity or displacement and measurement along downward is taken as negative,. You can also change sign convention according to convenience.
For the given question it was already declared that upward direction is positive so the downward direction will be negative,  and you must know acceleration due to gravity always acts toward the centre of the earth (downward ).  Since it is acting downward then it will be taken as negative.  And its direction is fixed so it will always be negative for the entire motion
2. Other method is taking acceleration direction as direction of reference . So the quantity measured along the direction of acceleration will taken as positive and against will be taken  as negative.  This method is use to solve horizontal rectilinear motion. Like car is running on road.
Answered by Expert 18th April 2019, 10:49 PM
Rate this answer

the water drop falls at regular intervals from a tap 9m above the ground. the fourth drop is leaving the tap at the instant the first drop touches the ground. how high is that third drop at that instant?
17th January 2019, 8:56 PM
A bus starts to move with acceleration 1m/square. A man who is 48m behind the bus runs to catch it with constant velocity 10m/s.In how much time he will catch the bus.
30th January 2019, 11:23 PM
A motor board in loktak lake starting from rest,accelerates along a straight path at a uniform rate of2.0ms(power -2) For 10.0s.How far does the boat travel during this time?
14th February 2019, 7:19 AM
equations of motion
28th February 2019, 10:03 PM
How to solve this problem?
2nd March 2019, 8:49 AM
RELATED STUDY RESOURCES :
NEET QUESTION ANSWERS