What processes does sewage treatment involve?

1. Primary treatment/Physical treatment: It involves the removal of large and small particles from sewage. The floating debris is first removed by sequential filtration through wire mesh screens. Then, soil and smaller particles are removed by sedimentation in the settling tank. The sediment is called primary sludge and the supernatant is called effluent. The effluent is then sent for secondary treatment.

2. Secondary treatment/Biological treatment: Primary effluent is passed through large aeration tanks with constant mechanical agitation and air supply. Useful aerobic microbes grow rapidly and form flocs. The growing microbes consume organic matter and thereby, reduce the BOD of the effluent. After this, the effluent is passed into the settling tank. The bacterial flocs settle down and the sediment is now called activated sludge. A small part of the sludge is used as an inoculum in the aeration tank and the remaining part is passed into large tanks called anaerobic sludge digestors. In the digestors, heterotrophic microbes anaerobically digest bacteria and fungi in the sludge producing a mixture of gases such as methane, hydrogen sulphide and CO2 which form biogas. 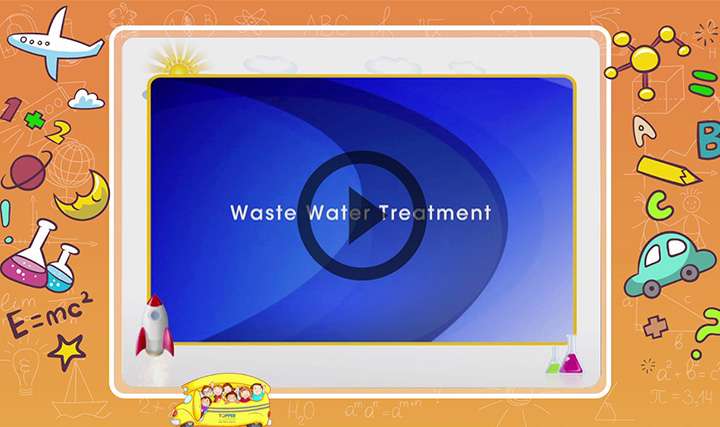