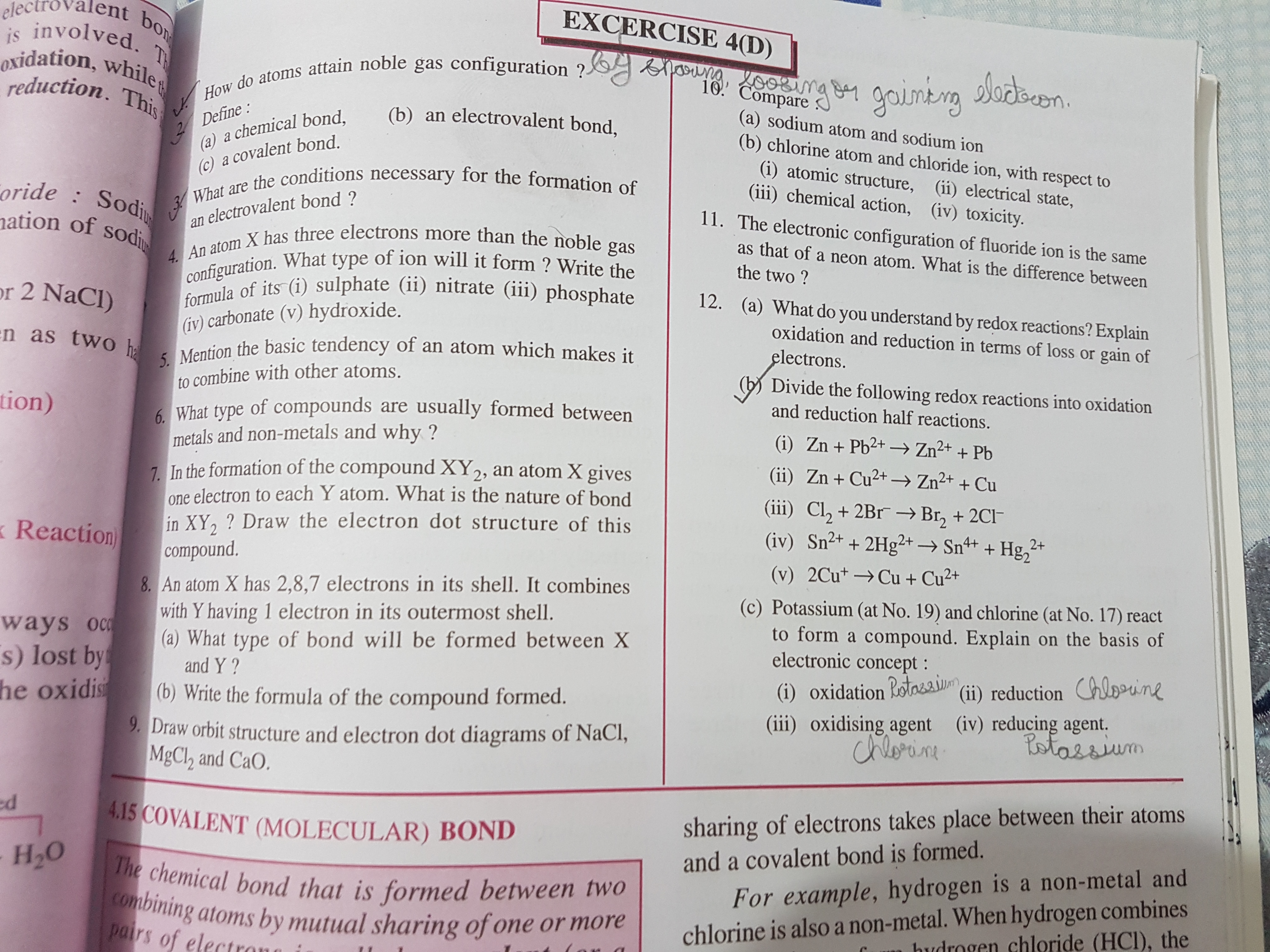 Thanks for asking us a question in Ask the Expert section of TopperLearning.com.
In case of multiple questions within a query, please post each question individually and let us know where you are getting stuck so that we would be able to explain things better.
Solution for the second query,
(a) Chemical bond : A chemical bond may be defined as the force of attraction between the two atoms that binds them together as a unit called molecule.
(b) An electrovalent bond : Bonds formed between metals and non-metals are ionic or electrovalent bonds.
(c) A covalent bond : The chemical bond that is formed between two combining atoms by maual sharing of one or more pairs of electros is called a covalent (or a molecular) bond and the compound formed due to this bond is called a covalent compound.