Force that acts from a distance, when it is not in contact with the object is called non-contact force. These forces are equal and opposite and depend upon the distance between the two objects.

The attraction or repulsion between the poles of magnets is known as magnetic force.

Like poles of two magnets repel each other and unlike poles attract each other.

A magnet can exert a force on other magnetic or non-magnetic material without being in contact with it.

It is the force of attraction or repulsion between the charged substances.

Example: When a comb is rubbed on dry hair, it gets charged. This comb attracts small bits of paper brought near it.

The attraction of objects towards the earth is known as force of gravity or gravity. It acts on all objects.

Every object in the universe whether a small or large exerts a force on every other object, thus this force is known as a gravitational force. 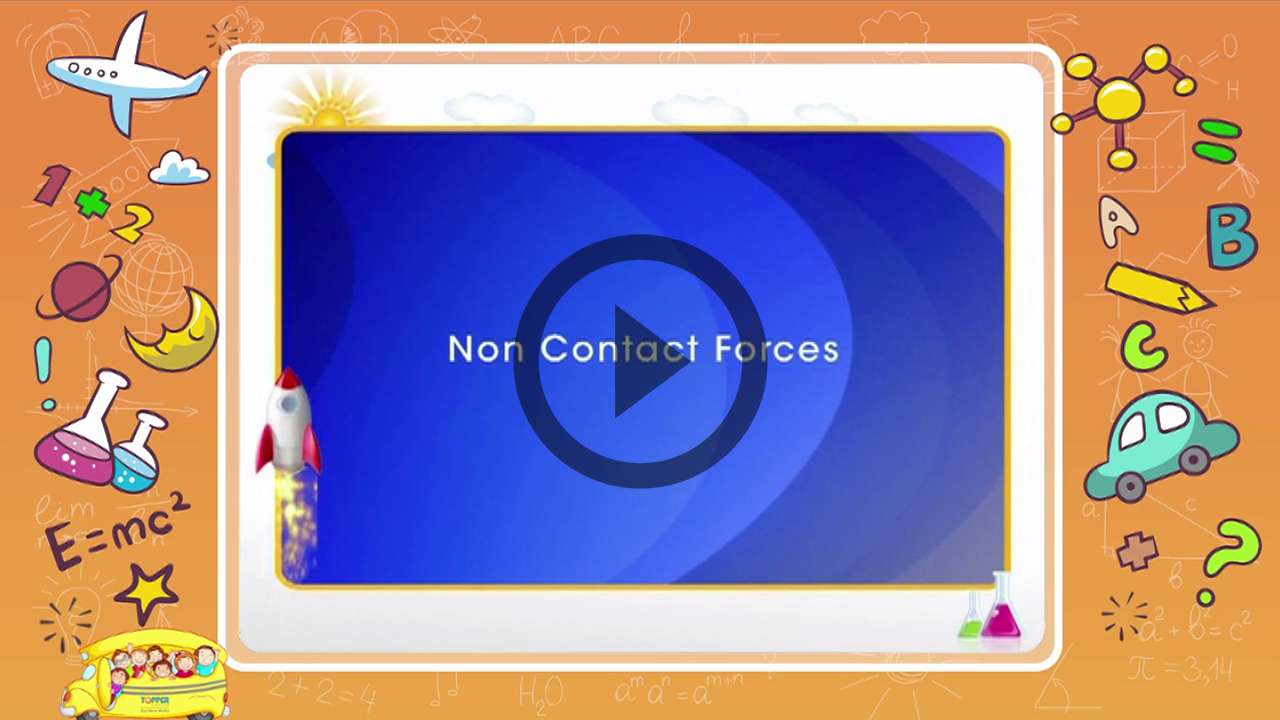