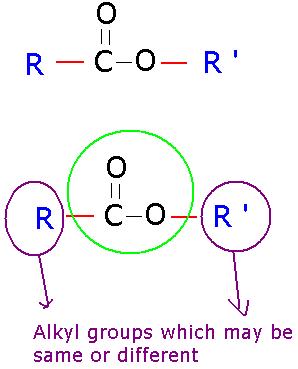 -COO- will be their in all esters with two alkyl groups on either sides.

R and R' may be same or different.

Alkyl groups may be CH3 - which is methyl,

WHile naming an ester, R' alkyl group is named first as explaiend above.

Then count the carbons present in R group add one carbon for the COO group and then write it as alkanoate. 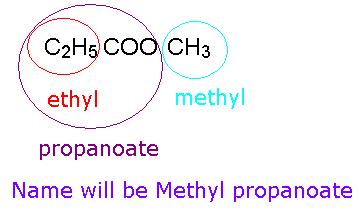 Similarly instead of craming you can name the compound logically. It will be easy. If still there is some difficulty put another query.