Why it is said that Shadows often mislead?

Shadows are formed by the opaque or semi-opaque bodies when the light falling on them cannot pass through them to the other side.
Therefore, a dark spot is formed on the other side of the body.
Now, shadows are often misleading because, 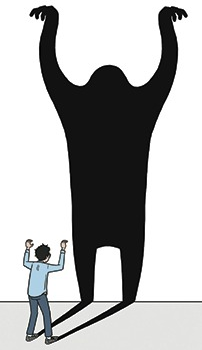 - Shadows do not give the clarity on the size of an object (due to which a shadow is formed).
- It also provides misleading imagery of the shape of that object.
- Also, the position of the object with respect to its shadow or the source of light cannot be deduced by analysing the shadow.
Thus, one may get confused about the size, shape and position of the body due to its shadow. Types of Objects and Shadows

Tells about types of optical mediums like opaque, translucent and transpar...