Chapter 4 - In the Earliest Cities Exercise 42

Archaeologists have found actual pieces of cloth attached to the lid of a silver case and the discovery of spindle whorls that was used to spin thread. Also, pictures in excavation sites suggest that women wore short-length shirt that was held at the waist. This proves that cloth was used in the Harappan civilisation. 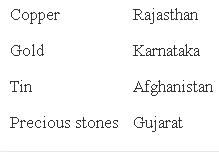 Metals, writing, the wheel and the plough were important to the Harappans because of the following reasons:

Metals – These were used to make tools, vessels and ornaments. Some of the main metals found included gold, silver, bronze, tin, copper and lead.

Writing – It was considered very important for the Harappans because it helped them to prepare scribes, which in turn helped in keeping records and preparing the seals.

Wheels – It played an important role in the lives of Harappans by allowing people to travel long distances and carry goods from one place to another. It was also used in spinning.

Plough – It was used to plough earth for farming and planting seeds.

Since, the Harappans pioneered the use of these and thus distinguished themselves from other people before them.

Children would have loved to play with dolls, puppets or carts. 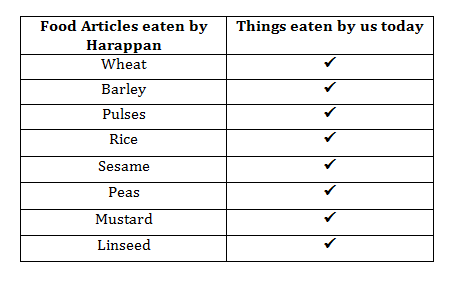 Yes, the life of the farmers and herders who supplied food to the Harappan cities was different because of the following reasons: