(a) India has diverse physical features – mountains, plains, plateaus, coasts and islands. The major physical divisions of India are:

(b) The countries that share land boundaries with India are:

(c) Narmada and Tapi (Tapti) are the two major rivers that fall into Arabian Sea.

(d) Ganga and the Brahmaputra form the Sundarbans delta, the world’s largest delta.

(f) The northern plains are formed by the alluvial deposits that are laid down by the rivers and their tributaries – the Ganga, the Brahmaputra and the Indus,

Large numbers of people live in these northern plains because:

There are better transport facilities here.

(g) Lakshadweep islands are located opposite to the coast of Kerala in Arabian Sea. The island is known as coral island because it has been made up of coral, which are skeletons of tiny marine animals called polyps.

When the living polyps die, other polyps grow on top of their hard skeletons. They grow higher and higher and thus form coral islands. 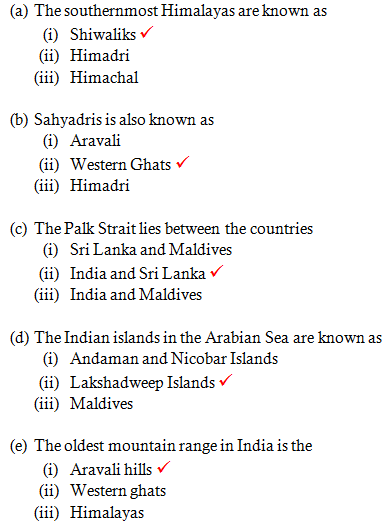 (b) The Greater Himalayas are also known as Himadri.

(c) The largest state in India in terms of area is Rajasthan.

(d) The river Narmada falls into the Arabian Sea.

(e) The latitude that runs almost halfway through India is Tropic of Cancer. 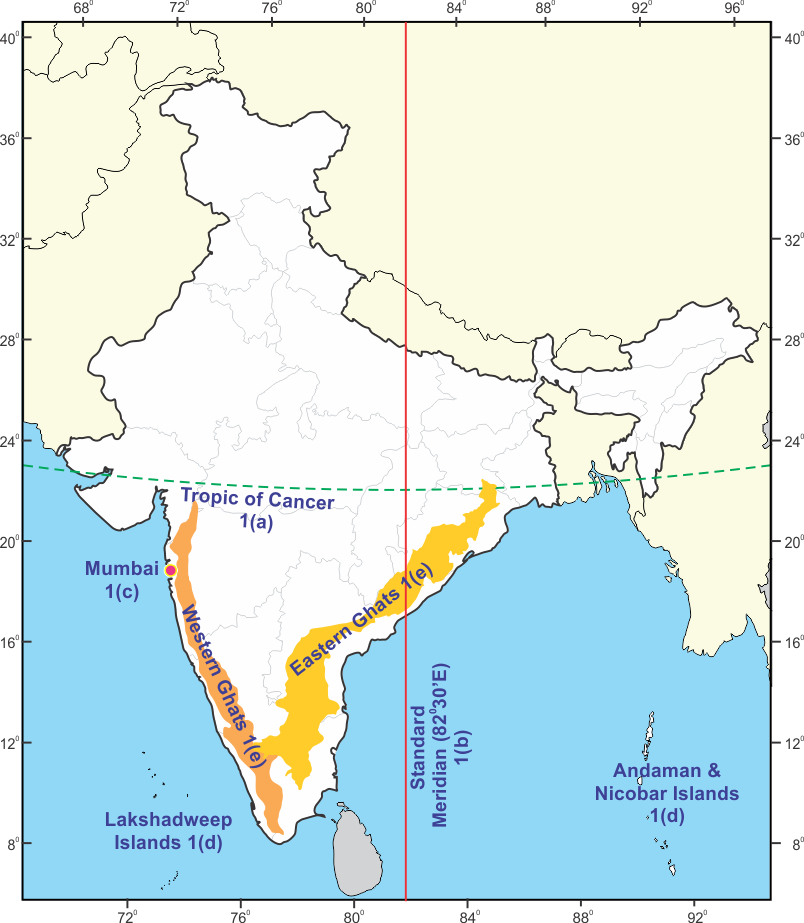