(a) The major landforms of the earth are:

(c) The different types of mountains are:

(d) Mountains are useful to man in the following manner:

(e) Plains are large stretches of flat land.  They are formed mostly by the rivers and its tributaries.

Thus, these deposits then collected then form plains.

(g) Mountains are thinly populated because of: 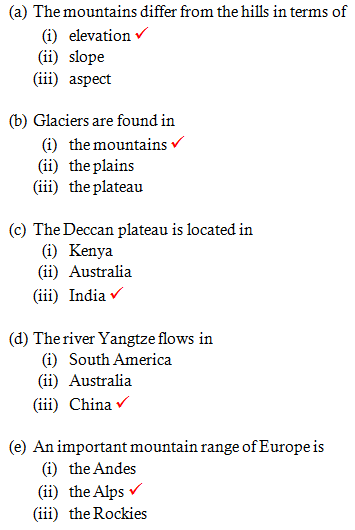 (a) A plain is an unbroken flat or a low-level land.

(b) The Himalayas and the Alps are examples of fold types of mountains.

(d) The range is a line of mountains.

(e) The plain areas are most productive for farming. 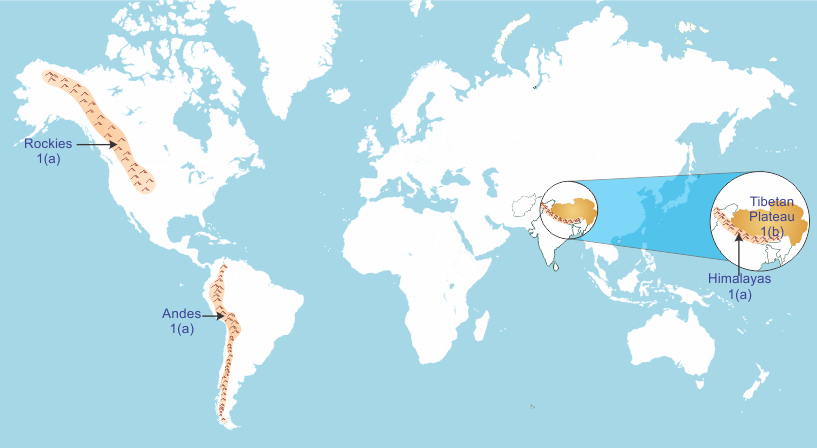