(a) The four major domains of the Earth are:

(b) The major continents of the Earth are:

(c) Australia and Antarctica are the two continents that lie entirely in the Southern Hemisphere.

(d) The different layers of atmosphere are:

(g) Biosphere is a narrow zone of contact between the land, water and air. It is of great significance for living organisms because it is the only zone where all the living things such as humans, plants and animals can exist. 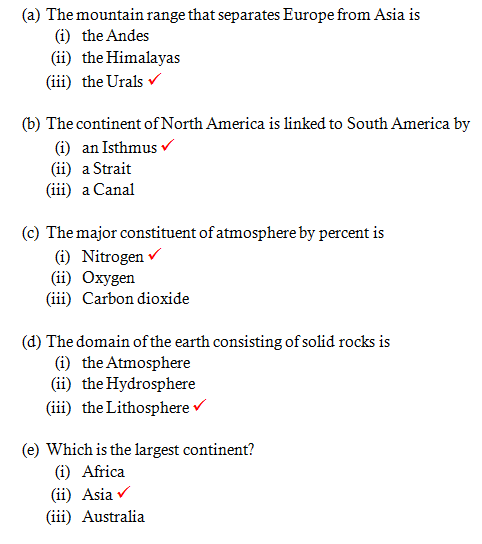 (a) The deepest point on the earth is Mariana Trench in the Pacific Ocean.

(b) The Indian Ocean is named after a country.

(c) The biosphere is a narrow contact of land, water and air that supports life.

(d) The continents of Europe and Asia together are known as Eurasia.

(e) The highest mountain peak on the earth is Mount Everest.