Revising multiple choice questions related to federalism is easier with our CBSE Class 10 Civics textbook solutions by your side. Our Civics experts create these solutions so that students have reliable revision materials for exam preparation. Visit our ‘UnDoubt’ section to resolve your doubts and get responses to chapter-related queries from experts. 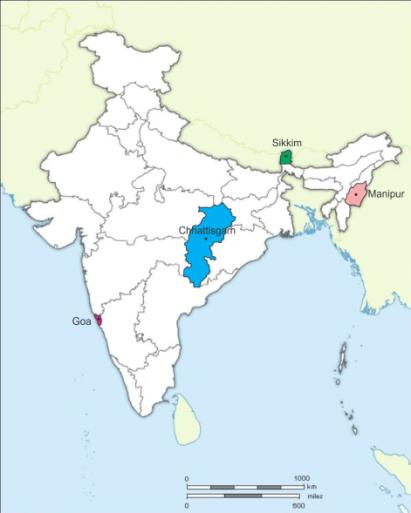 One feature of federalism in India that is similar to Belgium is that in both countries, the state governments enjoy autonomy from the central government in various fields.

The feature which is different from Belgium is that Belgium has a community government in addition to the Central and the state governments.

Following are the differences between the local governments before and after the constitutional amendment of 1992.

I would like to support Sangeeta's view that the policy of accommodation has strengthened national unity. India is a multicultural, multilingual and multireligious plural society where people belonging to various religions, castes, creed and linguistic groups live amicably with each other. In case of the framework of lingual policy, the Indian government has given equal status to all the languages in the country. Though Hindi has been declared as the national language of India, many safeguards are provided to the regional languages in the country. States too have adopted their own official language. Therefore, we can say that this policy of accommodation has strengthened our national unity and has avoided conflicts among the people and states.

(d) Governmental power is divided between different levels of government.

Other Chapters for CBSE Class 10 Civics