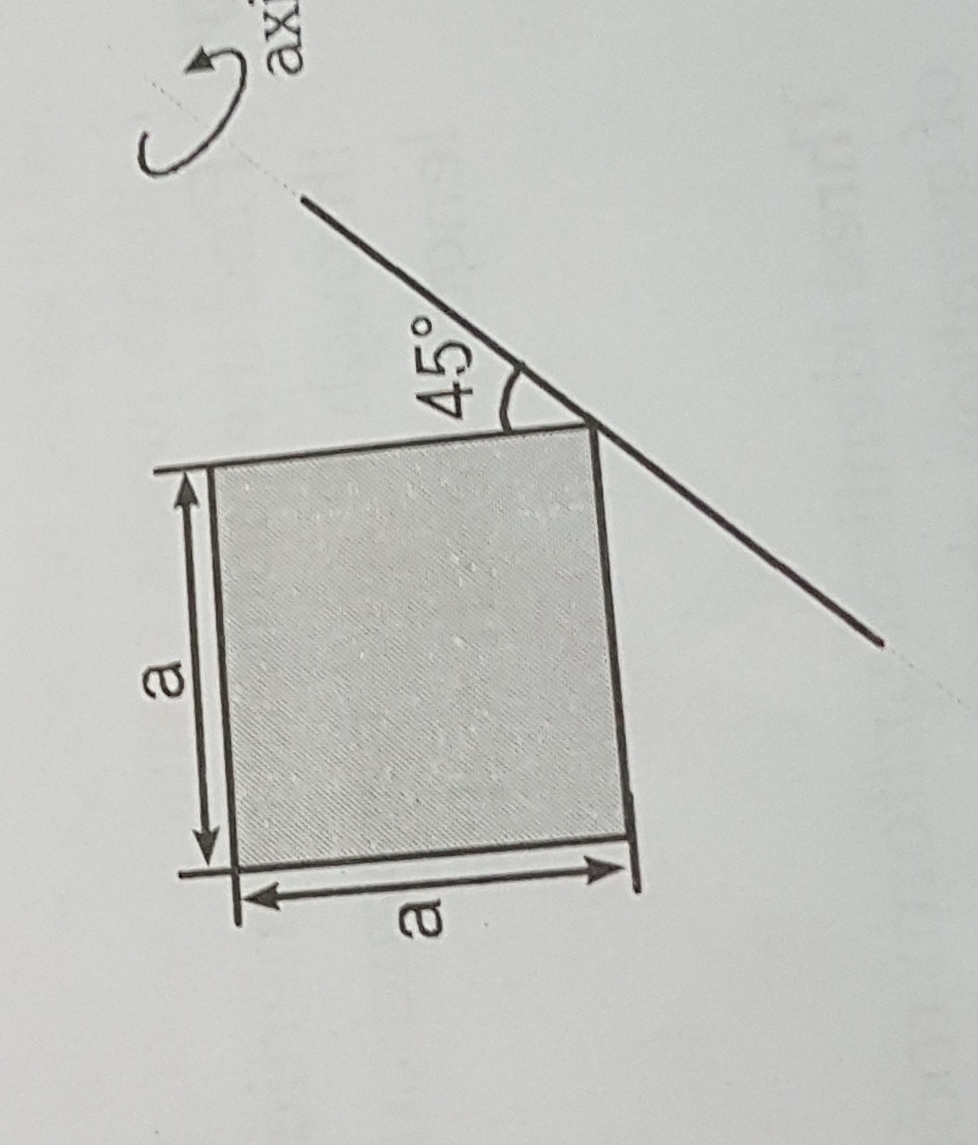 Hence Moment of inertia of full square plate about the axis of rotation along its diagonal as shown in fig.(2) is given by,
2I =

Where M is mass of the given square plate.
If the axis of rotation is shifted to corner of the square as shown in fig.(3), then the required moment of inertia is given by,

4th sum plz
27th January 2019, 10:10 PM
2nd sum.plz
27th January 2019, 1:33 PM
Please answer the following question with explanation
20th February 2019, 11:43 AM
Please explain the answer to this question
22nd February 2019, 10:43 PM
Two circular discs of same mass and radius are shaped like a convex and concave lens respectively. If both are rotated about an axis perpendicular to their planes and passing through their centres, which one will have a greater moment of inertia? Give reason.
15th March 2019, 10:51 PM
RELATED STUDY RESOURCES :
JEE QUESTION ANSWERS