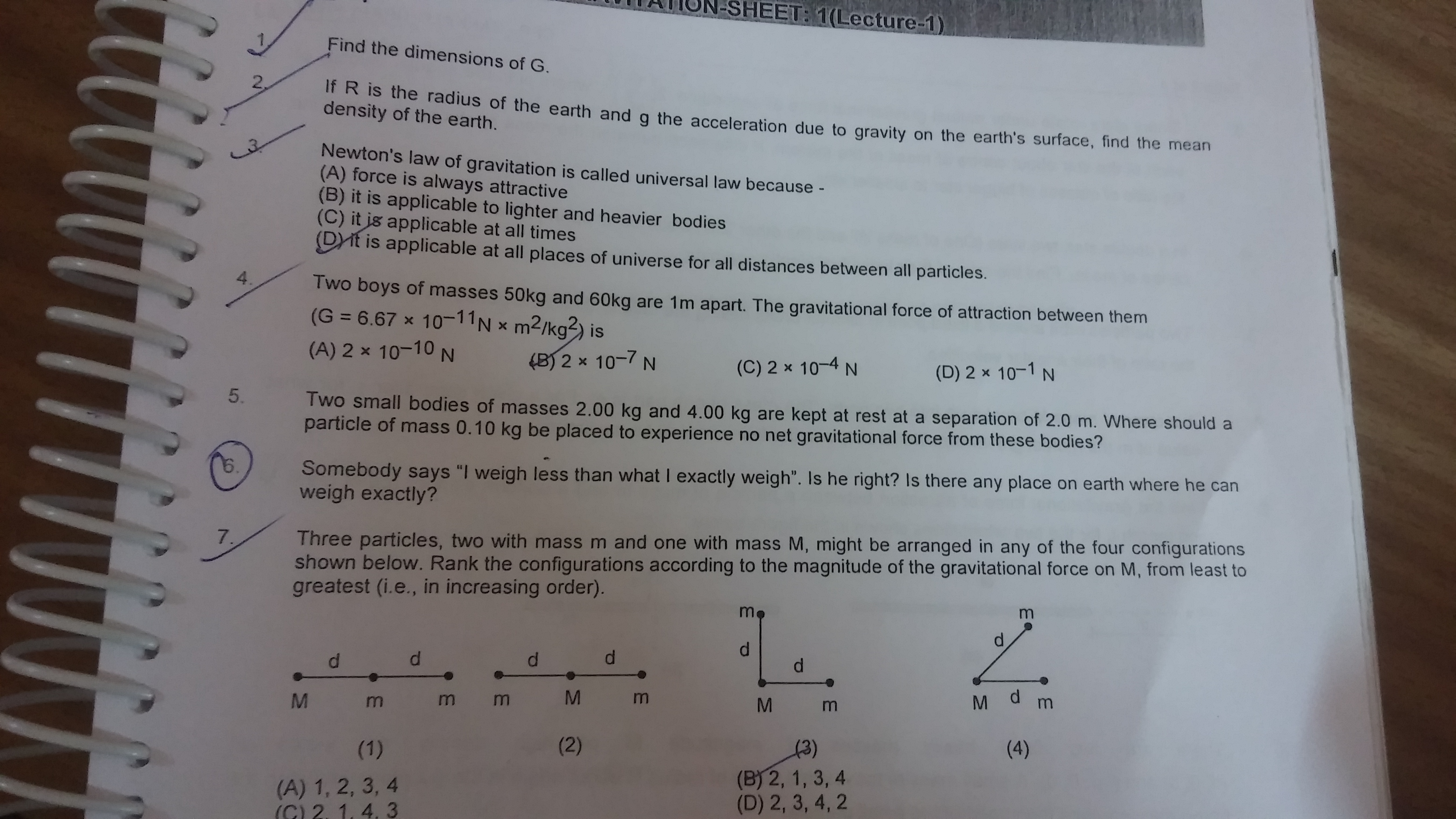 Asked by rbhatt16 17th November 2017, 8:37 PM
Answered by Expert
Answer:
There are three main reasons for the variation of acceleration due to gravity
1. The earth crust is not uniform. local density variation of earth crust can change teh acceleration due to gravity
2. The earth is not sphere. Earth is flattened at pole and bulged out at equator. Hence earth's equatorial radius is greater
than its polar radius by 21km. Hence at polar region acceleration due to gravity is more than that of equator.
3. The earth is rotating. Because of earths rotation, objects placed on earth is in uniform circular motion and the net
acceleration towards center have magnitude v2/RE  (ω2RE), where v is tangential speed,  ω is angulr speed and RE radius of circular motion.
If an object of mass m is placed on the earth surface, there is an upward force N and the downward gravitational force
mg0. where g0 is the real magnitude of acceleration due to gravity
Hence N-mg0 = - mω2RE
Hence magnitude of normal force which also considered as weight of the object is given by
N = m(g0-ω2RE  )
so we obtain g = g0-ω2RE = 0.034 m/s2
Hence at equator g is smaller than g0 by 0.034 m/s2 and this difference decreases as we go to north/south pole
and at north/south pole this effect vanishes.
So we get the true weight of the object at poles and relatively less weight at equator.
Answered by Expert 20th November 2017, 4:47 PM
Rate this answer