From fig i want to know with what velocity the body strikes mass 4M  from neutral point? 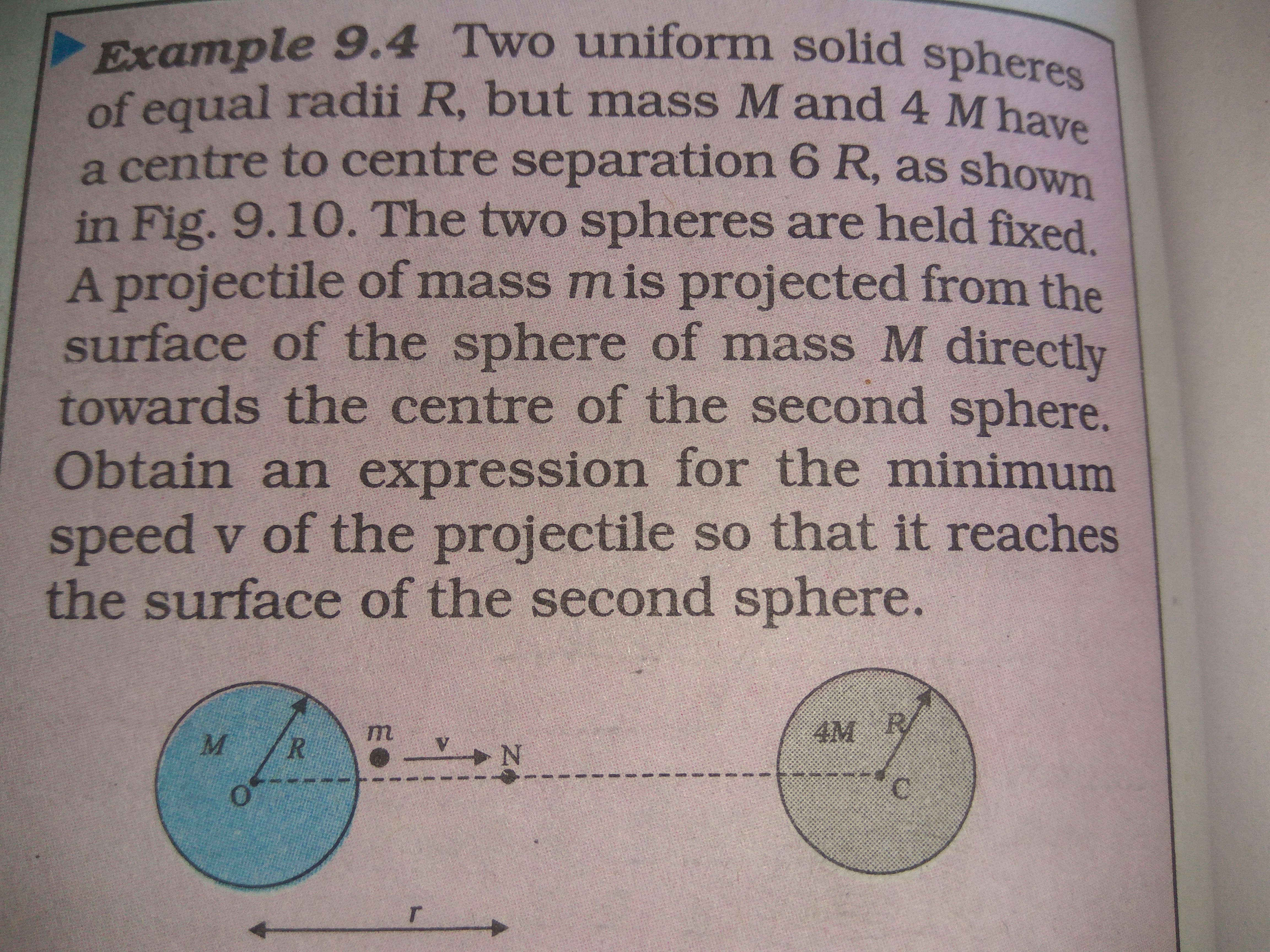 Asked by venkat 11th December 2017, 11:34 AM
Answered by Expert
Answer:
There is a neutral point N in the line OC that connects the two spheres so that gravitational attractive force due to each other cancel and net zero force at that ponit. AS per the given figure let ON = r. The distance r is obtained by equating the two forces of attraction as given below

Solve the above equation to get r = 2R.
Now to project a projectile of mass m from first sphere to second sphere the required minimum velocity is obtained by calculating the workdone due to the movement of the projectile from surface of first sphere to the neutral point N against the net gravitational force due to the two spheres.