NCERT Textbook Solutions are considered extremely helpful when preparing for your CBSE Class 11 Business Studies exams. TopperLearning study resources infuse profound knowledge, and our Textbook Solutions compiled by our subject experts are no different. Here you will find all the answers to the NCERT textbook questions of Chapter 4 - Business Services.

All our solutions for Chapter 4 - Business Services are prepared considering the latest CBSE syllabus, and they are amended from time to time. Our free NCERT Textbook Solutions for CBSE Class 11 Business Studies will strengthen your fundamentals in this chapter and can help you to score more marks in the examination. Refer to our Textbook Solutions any time, while doing your homework or while preparing for the exam.

Cellular companies provide satellite-based media services to their customers by installing a set top box and antenna. Direct to Home services enable millions of users to watch different channels on television without depending on cable operators.

The benefits of public warehousing include flexibility. This is because these warehouses owned by the government can be used by either private parties or any member of the public by seeking a licence. This gives people the freedom to choose the warehouse according to their requirement without spending a large amount. Also, these warehouses provide value-added services such as packaging and labelling.

Lending of funds is not a function of insurance.

Insurance can be called a device which provides protection against an eventuality. The protection is in terms of money. Thus, the functions of insurance include providing certainty of payment in case of loss, protection from possible chances of loss, sharing of loss among all people exposed to the risk and assisting in capital formation by the premium payments received by the insurer.

Indemnity contract is not applicable to a life insurance contract.

According to an indemnity contract, the actual amount of loss is paid to the insured and not the assured sum of money. In case of life insurance, there is no specific value which can be attached to one's life. Hence, paying the actual amount of loss, i.e. compensation for human life, is impossible. Thus, the amount to be paid to the assured after their death is fixed in advance.

CWC is one of the government warehousing companies. The government controls, manages and operates these warehouses. Operation is through various organisations which are set up in the public sector.

Services are intangible economic activities which are consumed at the point of sale. These activities provide satisfaction of wants but may not necessarily involve sale of product. Also, such activities cannot be kept in stock. Examples of services include the services of a lawyer and doctor.

Goods are products which can be felt physically (tangible). These are products which are delivered from the seller to the purchaser. They involve transferring of ownership from one person to another. They are used to refer to commodities or items of various types. Examples of goods include any kind of physical product such as a pen and a chair.

E-banking is a system wherein various bank services are processed through the Internet. These services include transferring money, checking accounts, opening fixed deposit, applying for loans and paying bills.

Example: Insurance can be taken for a close family member such as spouse or child; however, taking insurance for an unknown person is not acceptable.

Example: If an individual has taken a policy worth Rs 1 lakh but suffered a loss of Rs 75,000, then the insurance company will compensate Rs 75,000 only and not Rs 1 lakh.

Example: A person who has damaged car parts in a car accident is entitled to receive compensation for those parts and the ownership of the damaged parts will be given to the insurer.

Example: The insured has taken a policy from three insurers. On suffering loss, Rs 90,000 as a compensation needs to be given to the insured. All the insurers will equally distribute the amount among them, i.e. Rs 30,000 each, and compensate the insured.

Example: If a person has taken insurance for his vehicle, then he needs to take all possible measures to reduce any kind of damage to the vehicle.

Example: A person has taken fire insurance to insure goods in case of fire. However, his goods are ruined by the heat of fire at another location. The insurer would not be liable to pay the insured any compensation.

Warehousing refers to a storage unit which is used to store various goods in an orderly manner so as to preserve their worth and quality. It not only provides storage space but also logistics services which tend to be profitable and economical.

Services are intangible economic activities which are consumed at the point of sale. These activities provide satisfaction of wants but may not necessarily involve sale of product. Also, these kinds of activities cannot be kept in stock.

Indian Postal Department provides a variety of services all over the country. In this regard, the country has been divided into 22 postal circles. These circles manage the working of various head post offices, sub-post offices and branch offices. 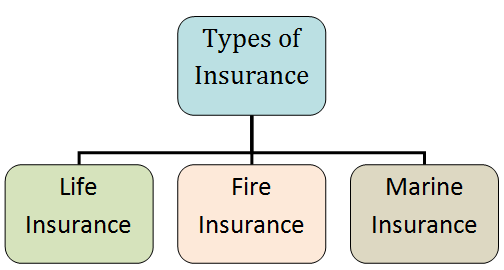 In this insurance, the person applying for insurance is supposed to pay a fixed amount which is known as premium. In exchange, the insurance company promises to pay a specified sum of money.

TopperLearning provides step-by-step solutions for each question in each chapter in the NCERT textbook. Access Chapter 4 - Business Services here for free.

Our NCERT Solutions for Class 11 Business Studies are by our subject matter experts. These NCERT Textbook Solutions will help you to revise the whole chapter, and you can increase your knowledge of Business Studies. If you would like to know more, please get in touch with our counsellor today!