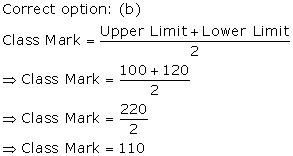 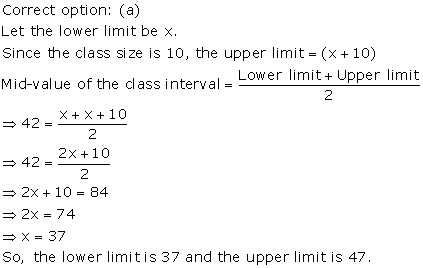 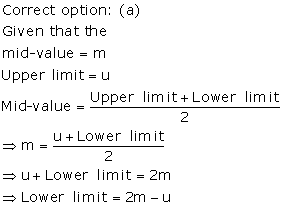 Statistics is a branch of science which deals with the collection, presentation, analysis and interpretation of numerical data.

(i) It deals only with the numerical data.

(iii) Statistical inferences are not exact.

Secondary Data: Secondary data is the data collected by a person other than the investigator.

Secondary Data is not very reliable as these are collected by others with purpose other than the investigator and may not be fully relevant to the investigation.

(i)Variate : Any character which can assume many different values is called a variate.

(ii)Class Interval :Each group or class in which data is condensed is calleda class interval.

(iii)Class-Size :The difference between the true upper limitand the true lower limit of a class is called class size.

(iv)Classmark : The average of upper and lower limit of a class interval is called its class mark.

(v) Class limit: Class limits are the two figures by which a class is bounded . The figure on the left side of a class is called lower lower limit and on the right side is called itsupper limit.

(vii)Frequency of a class : The number of observations falling in aclass determines its frequency.

Thus , the frequency distribution may be given as under:

(ii) 2 children watch television for 15 or more hours a week.

Thus, the frequency distribution may be given as under : 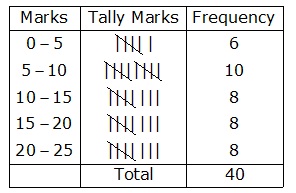 The classes of equal size covering the given data are :

Thus the frequency distribution may be given as under : 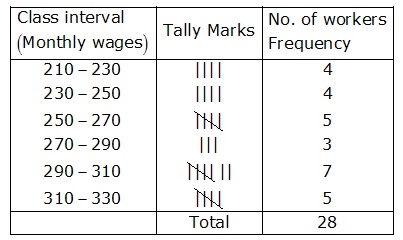 The classes of equal size covering the given data are :

Thus , the frequency and cumulative frequency table may be given as under : 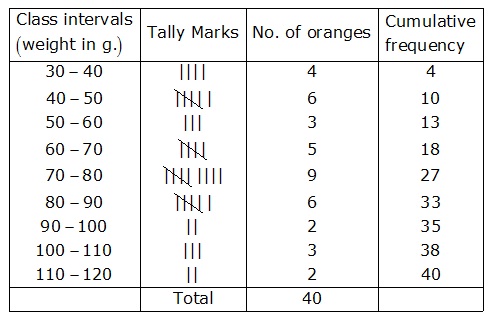 Arranging data in ascending order, we have

∴ Range of the above data = Maximum Marks - Minimum Marks 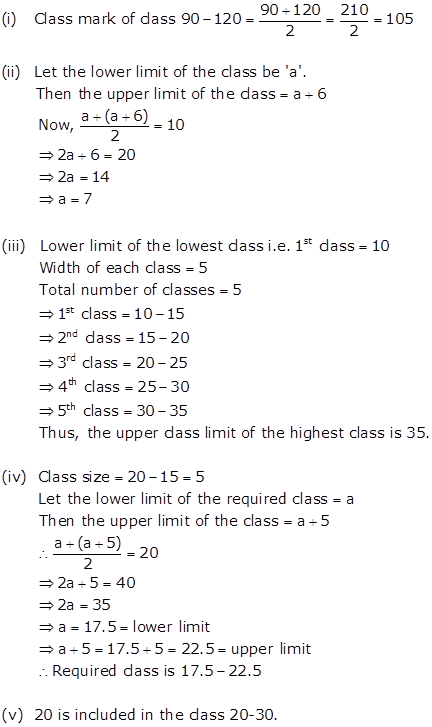