Thoroughly understand the concept of the Cartesian plane with TopperLearning’s NCERT Solutions for CBSE Class 9 Mathematics Chapter 3 Coordinate Geometry. Learn to plot points in a Cartesian plane with our Maths textbook solutions. Our experts include crucial concept insights in these model answers to give you more information for conceptual clarity.

At our e-learning portal, you can find easy-to-use CBSE Class 9 Maths videos, revision notes and assessment tools which can be accessed at any time. By embarking on a journey to learn Maths on your own by using our support resources, you can improve your self-confidence too. However, if you face any problems while understanding chapter concepts, you can seek help from Maths experts at our ‘UnDoubt’ section. 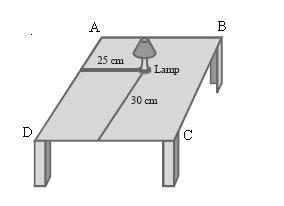 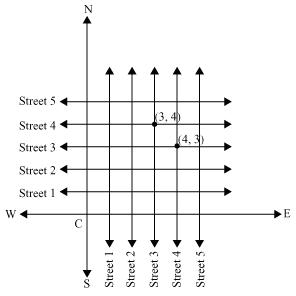 Concept Insight: Consider north-south and west-east directions as two perpendicular axes. The point where the two axes intersect is called the origin. Drawing line parallel to x axis and y axis will give the five streets for each of the two given directions. Any point (x,y) on Cartesian plane represents a distance of x units from y axis and y units from x axis. Coordinate points (x,y) and (y,x) represents two different positions on a plane if

. Each coordinate point on the Cartesian plane determines a unique position.

Solution 1
(i)    The name of horizontal lines and vertical lines drawn to determine the position of any point in the Cartesian plane is x-axis and y axis respectively.

(iii)    Name of the point where there two lines intersect is called as origin.
Concept Insight: The question is based on factual knowledge  remember that the horizontal and vertical lines drawn to determine the position are called x-axis and y axis respectively. The point where these two axes intersect is called the origin and these axes divide the coordinate plane into four parts called the 4 quadrants.
Solution 2
(i)    The x coordinate and y coordinate of point B are - 5 and 2 respectively. So the coordinates of point B is (- 5, 2)..

(iii)    The point whose x coordinate and y coordinate are - 3 and - 5 respectively is point E.

(iv)    The point whose x coordinate and the y coordinate are 2 and - 4 respectively is point G.

Now let's plot each of the above points on the coordinate plane. 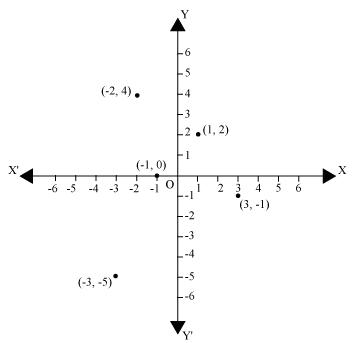 Concept Insight:- The coordinates of a point are of the form (+,+) in the first quadrant, (-,+) in the second quadrant, (-.-) in the third quadrant and (+,-) in the fourth quadrant, where + denotes a positive real number and - denotes a negative real number. The coordinates of any point on the x axis has y coordinate as zero and for a point on y axis x coordinate is zero.
For plotting the points let say (3,4) start from the origin first move 3 units along positive x axis and then from this marked position move 4 units along  positive y axis.

Solution 2
The given points are plotted on the Cartesian plane as below: 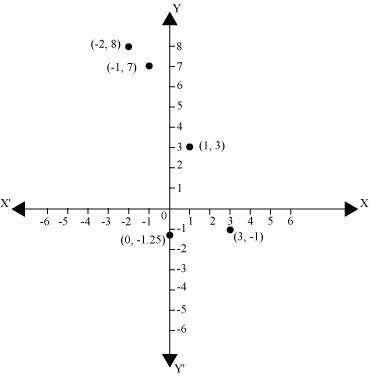 Concept Insight: The coordinates of a point (x,y) is such that its distance from y axis along the positive x axis is x units and the distance of the point from x axis along the y axis is y units. To locate such point we need to start from origin, count x units along x axis and then further move y units along y axis.