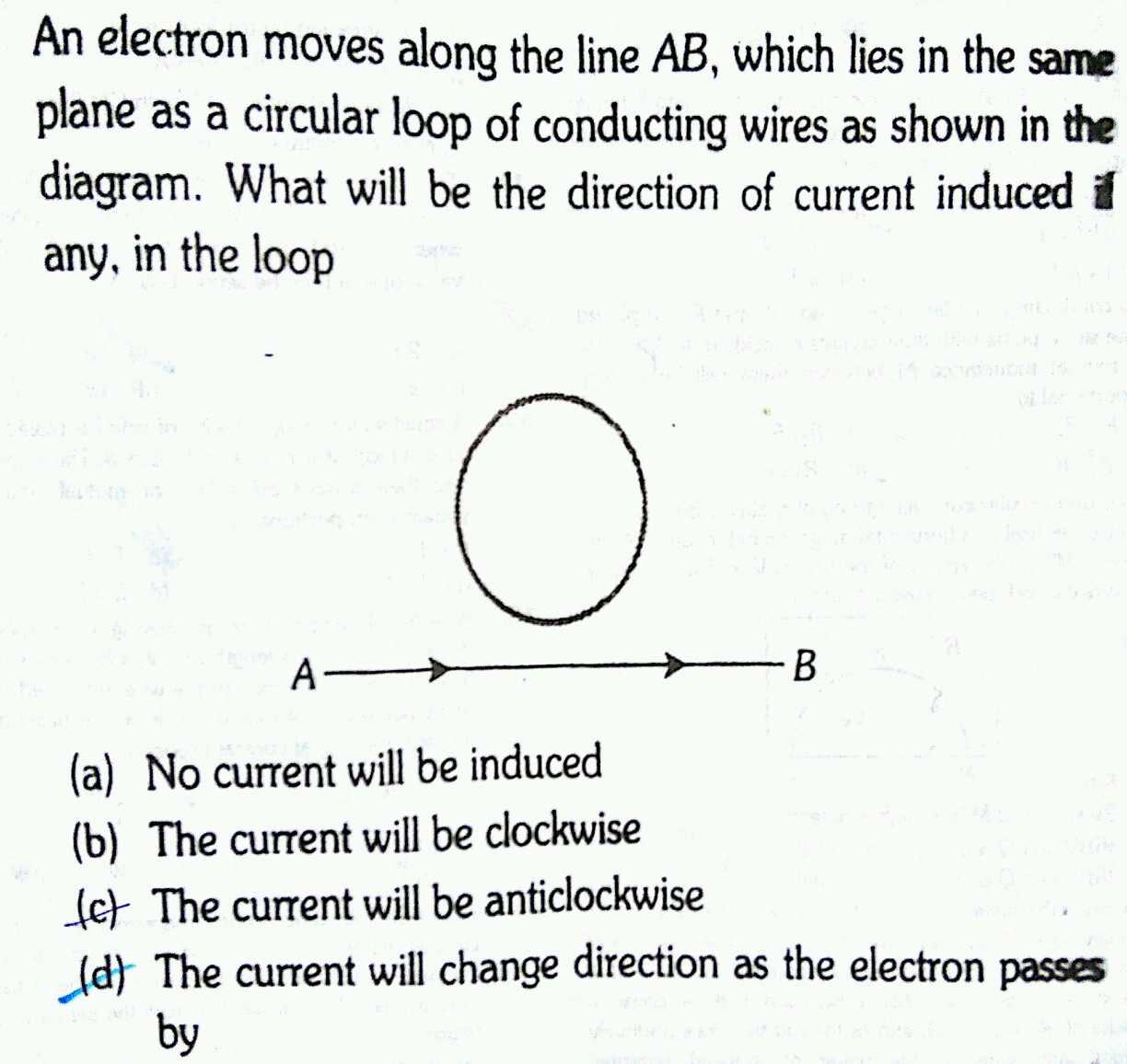 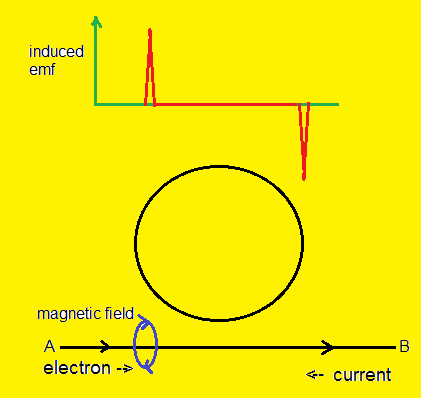 electron moving along the line AB is equivalent to conventional current moving along BA.
current flowing along a line generates magnetic field along the circular path surrounding the line as shown in figure.
Hence due to the movement of electron, there is magnetic flux changes taking place at the extreme end of loop and hence emf is induced as shown in figure.
when electron enters the left edge of loop flux increases and when electron exit the right edge of loop flux decreases. In between the loop flux is constant and no emf is induced. As per faraday's law, change of flux density and induced emf are in opposite direction. Positive rate of change of flux gives negative emf. But the current we consider is due to electron movement, I am giving positive transient emf at the left edge of the loop where electron enters. Similarly at the exit point.
Anyhow, induced current in the loop has to change direction when electron enters the left edge and exits at the right edge
Answered by Expert 14th January 2018, 12:03 PM
Rate this answer