Please explain the Reason part and why it is false? 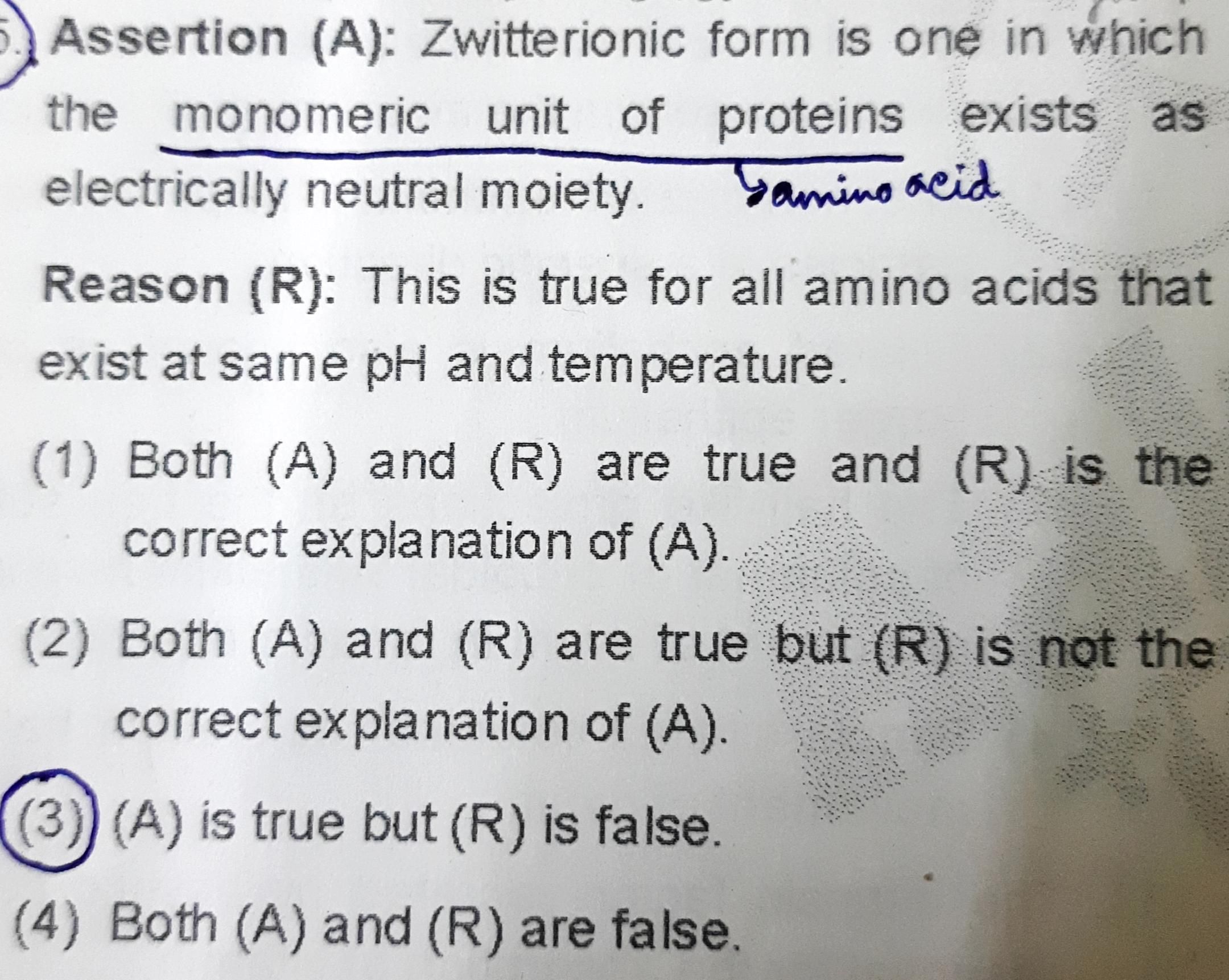 Asked by patra04011965 30th June 2022, 8:26 AM
Answered by Expert
Answer:
Under neutral conditions, the amino acid will exist in its zwitterion form.
A zwitterion is a molecule that contains both a positive and a negative charge.
For the zwitterion amino acid, the negative charge comes from the carboxylate ion while the positive charge comes from the ammonium ion. I
f we lower the pH by increasing the concentration of hydrogen ion in solution, the carboxylate ion will be protonated to form the carboxylic acid. Therefore under low pH conditions, the amino acid exists predominantly in its ammonium form and so has a net positive charge.
On other hand, if we increase the pH of the solution by decreasing the concentration of hydrogen ion, eventually the ammonium ion will be deprotonated and will convert into the ammonia form.
This implies that under basic conditions (high pH), the amino acid exists predominantly in its carboxylate ion form and so bears a net negative charge.
The structure of an amino acid allows it to act as both an acid and a base. An amino acid has this ability because at a certain pH value (different for each amino acid) nearly all the amino acid molecules exist as zwitterions.