how to decide a fuction is a periodic,

sin square omega t" is it a periodic or simple hormonic?

Asked by mvenkataram 1st December 2018, 3:50 AM
Answered by Expert
Answer:
If a time dependent function repeats its value at any given time, after a muliple times of time period, then this function is periodic.
Example:- Let f(t) = sin ωt , where ω = 2π/T
The function value at t' will be repeated  after t'+nT , where n = 0,1,2,3.....etc . Hence the above function f(t) is periodic with time period T
if there is no repetation of value of the function at any given time, then it is non-periodic.
If the second derivative of function with respect to time is proportional to the function itself, then the function is simple harmonic.
f(t) = sin2ωt

since sin(ωt)  is periodic as given in the example, sin2(ωt) also periodic.
But it can be seen that second derivative of sin2(ωt) is not proportional to sin2(ωt), it is not simple harmonic
Answered by Expert 3rd December 2018, 4:05 AM
Rate this answer 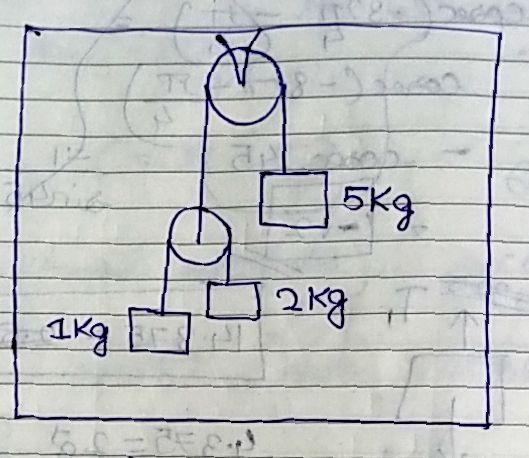 Asked by preetiagrawal1979 6th August 2020, 12:36 PM
CBSE VIII Mathematics
full lesson
Asked by kambalimathg0 6th August 2020, 12:24 PM
CBSE XII Science Physics Current Electricity
A potentiometer wire carries a steady current the potential difference across 70cm length of it balances  the potential difference across a 2 ohm coil supplied by a cell of emf 2v and unknown internal resistance r when 1 ohm coil is placed in parallel with the 2 ohm coil a length equal to  50 cm  of the potentiometer wire is required is balance the potential difference across the parallel combination find the value of r
Asked by gnivedita2110 6th August 2020, 11:46 AM
Report Answer
Please select Category
Please enter Complaint
Your Answer has been posted successfully
Please Login to post the question
Please subscribe to post the question