How is the Mirror Formula derived?Explain.

Asked by armanoza 12th June 2016, 7:55 PM
Answered by Expert
Answer:
The formula which gives the relation between the distance of the object (u), distance of the image (v) and the focal length (f) of the mirror is known as the mirror formula. 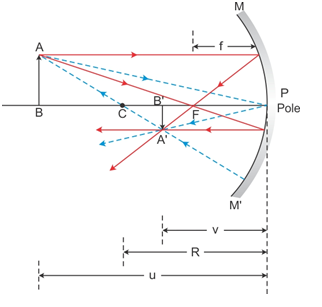 In the figure shown above, an object AB is placed at a distance u from the pole of the concave mirror of a small aperture, just beyond the centre of curvature. Hence, its real, inverted and diminished image A’B’ is formed at a distance v in front of the mirror.

It is clear from the geometry of figure, right angle ABP and A’B’P’ are similar. 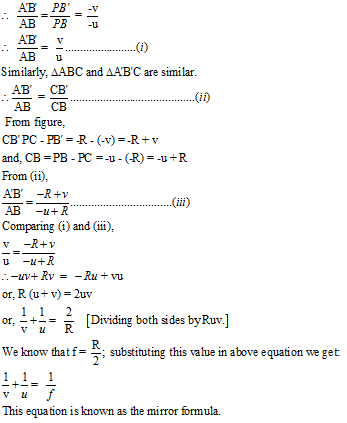