A small mass when kept inside a hemispherical bowl, and the hemispherical bowl is spun around its vertical axis, goes up some distance from the centre of the bowl, and remains at equilibrium in that position. Please help explain  the reason why this mass moves up when the bowl starts rotating. It is centrifugal force when we talk from non - inertial frame, but centrifugal force is a pseudo force. So please explain the real mathematical reason why the mass goes up that particular distance in bowl , when bowl spins. Why won't the mass stay in the bottom centre of the bowl itself, while the bowl spins? 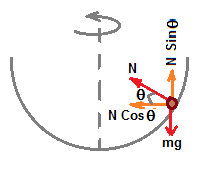 when the hemi-spherical bowl roates in its vertical axis as shown in figure, normal force N provided to the particle
by the surface of the bowl acting in the radial direction of hemisphere as shown in figure . The normal force is resolved into
horizontal and vertical components as shown in figure. Horizontal component NCosθ provides the centripetal force for its circular motion.
Vertical component NSinθ actually lifts the partcle from bottom most position to equilibrium position ,
where it is getting balanced by weight of the particle
Answered by Expert 14th November 2019, 10:58 PM
Rate this answer 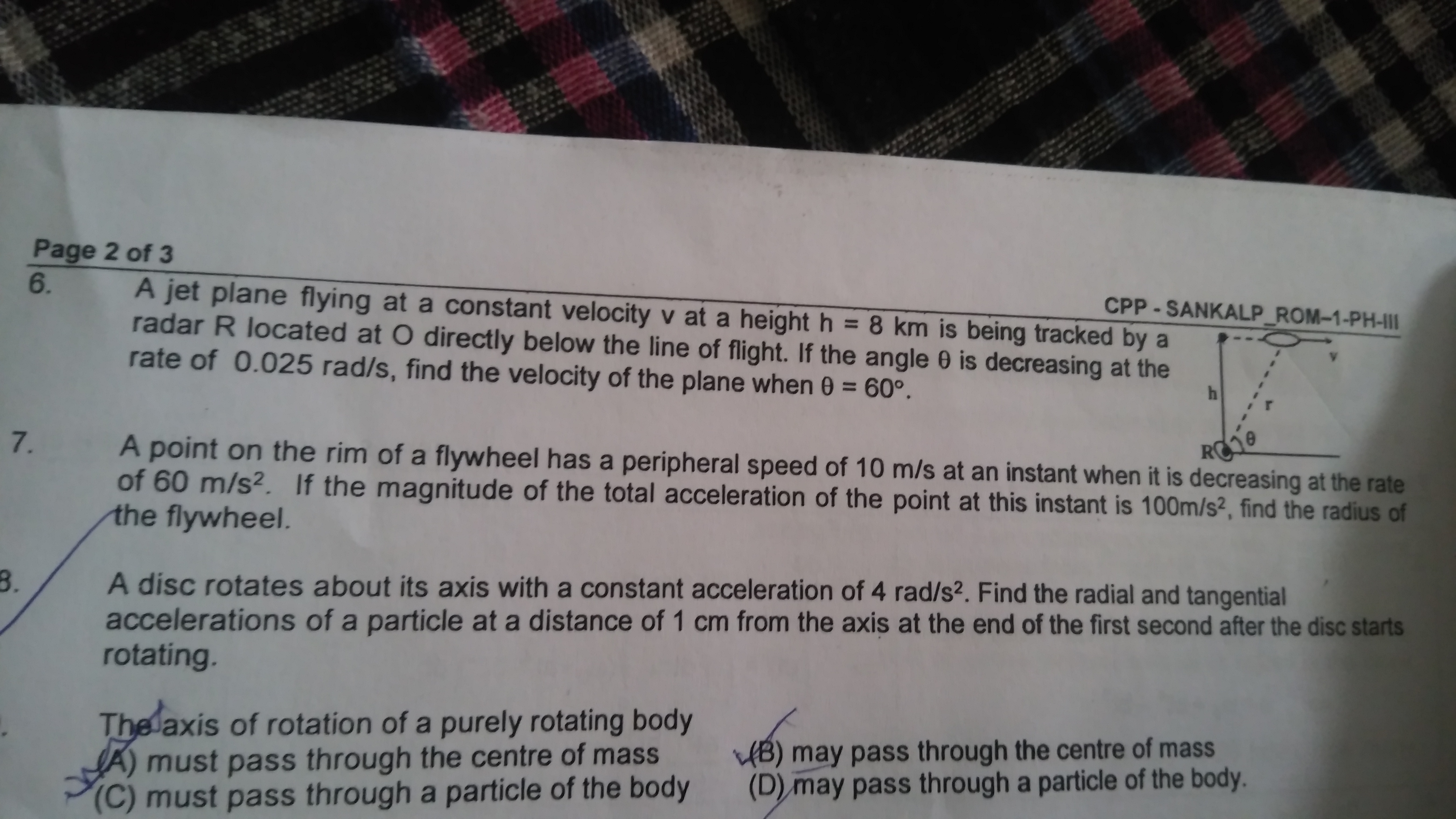 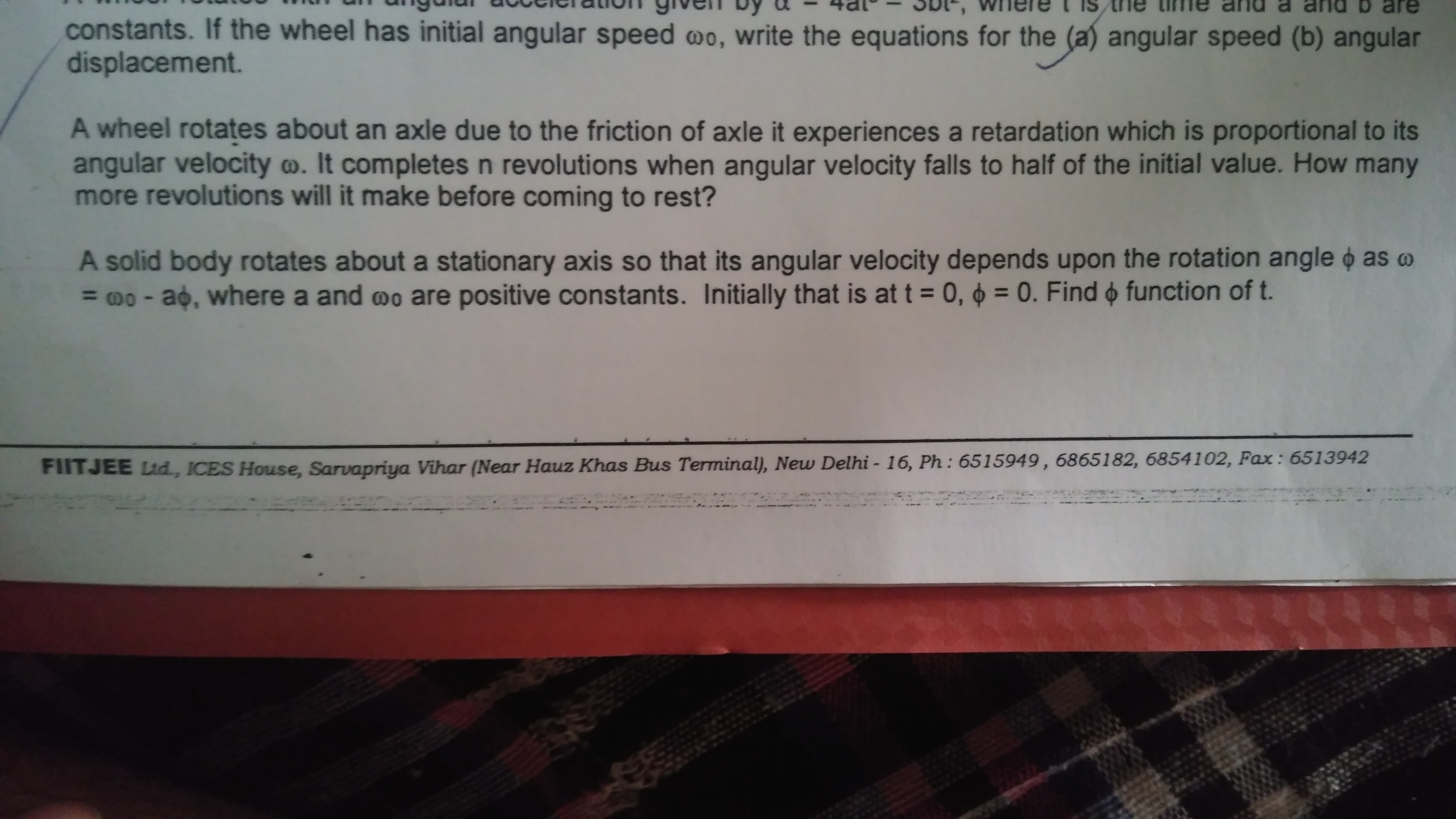 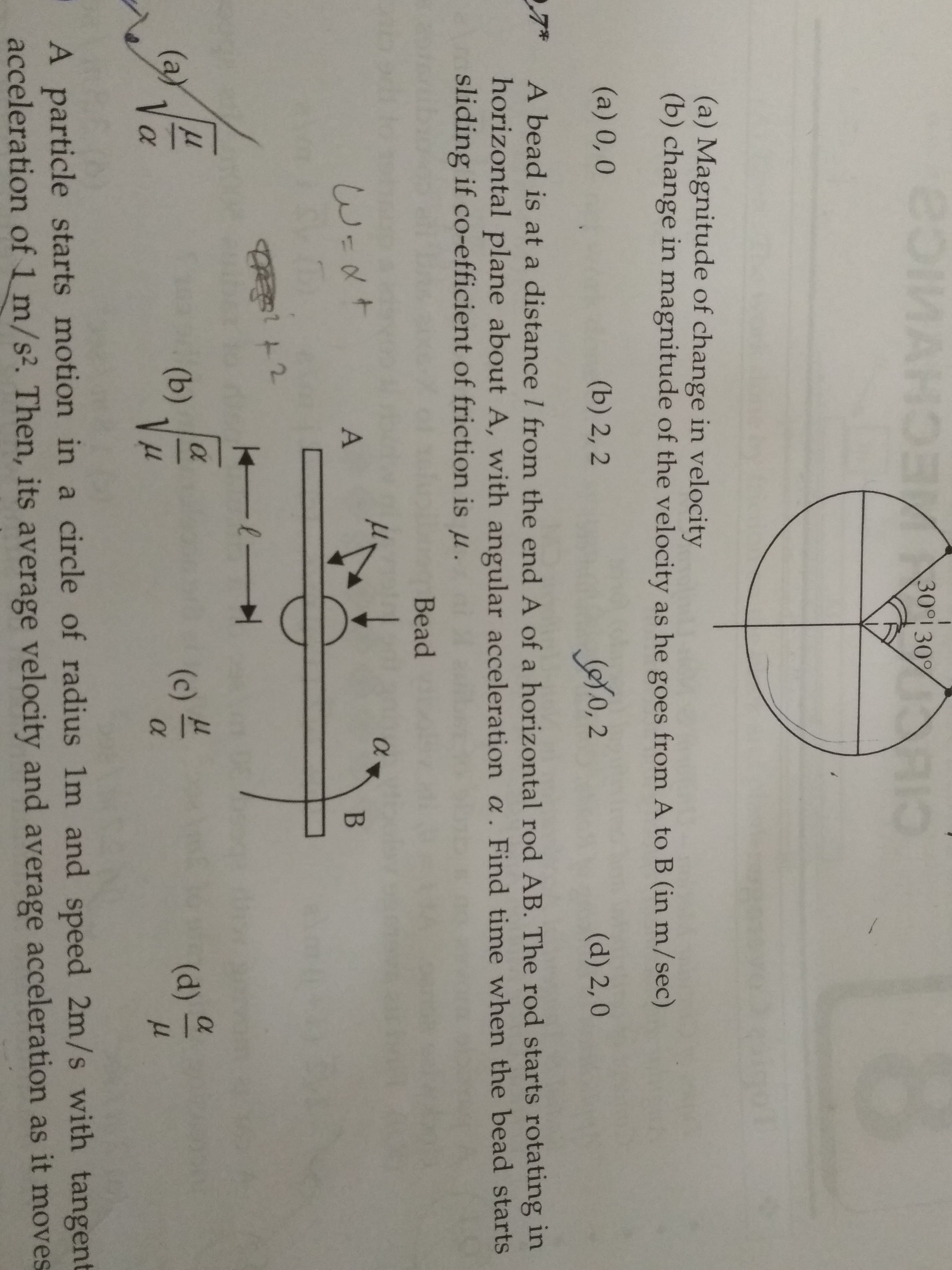 29th November 2017, 3:15 PM
If a solid sphere is moving on a horizontal surface with a constant velocity and climbs up an inclined plane, will there be any change in angular velocity throughout the motion ? All surfaces are frictionless.
20th November 2017, 1:41 PM
Ques no 64 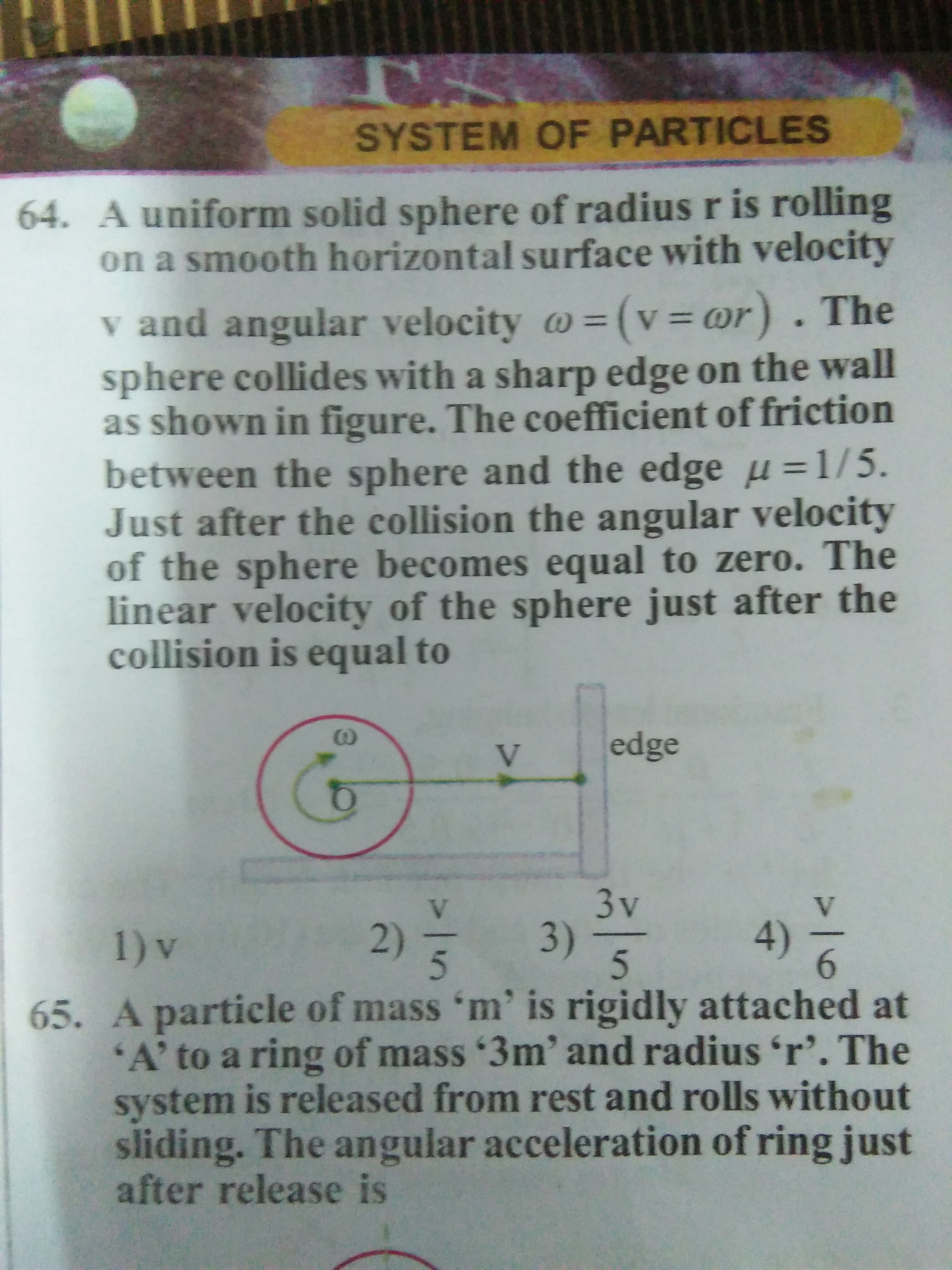