Home/ Blog /the unsung hero who shares his birthday with gandhi 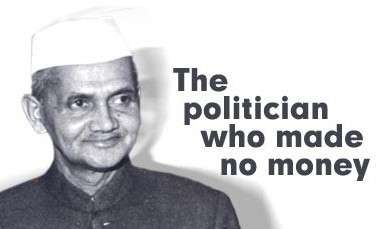 The man who shares his birthday with Mahatma

When Mahatma Gandhi was leading the Civil Rights Movement in South Africa on his 35th birthday, someone named Lal Bahadur Shastri was born in a far-off village in Varanasi. Only history holds an account to how the destinies of these two men born under the British Raj would be interwoven for the greater role of the nation. One went on to be the Father of the Indian freedom struggle and the other went on to become the second Prime Minister of independent India. Interestingly, we celebrate 2nd October as Gandhi Jayanti but overlook the birthday of another talismanic leader who saw India through tough times even after its independence.

"I am just an ordinary man and not a very bright man."

A Gandhian and a Revolutionary

Shastri happened to be a devout Gandhian as far his pre-independence tryst with the freedom struggle went.

Shastri enrolled himself as a life member of the Servants of the People Society (Lok Sevak Mandal), founded by Lala Lajpat Rai, which asked all its members to shun accumulation of private property and remain in public life as servants of the people. He began to work for the upliftment of the Harijans under Gandhi's direction at Muzaffarpur. Later, he became the President of the Society.

In his late teens, Shastri joined the Indian Independence movement. He actively participated in the non-cooperation movement for which he was jailed. He then went on to participate in the Salt Satyagraha in 1930.

Shastri spent almost nine years in jail in total. He was arrested and imprisoned again for four years in 1942 after Gandhi had delivered the Quit India Speech. He was found guilty of sending instructions on the activities of the freedom fighters from Jawaharlal Nehru’s house.

He spent his years in jail reading a lot about western philosophy, social reform and revolutionary texts.

Later, in 1947, Lal Bahadur became the Minister of Police and Transport in Pant's Ministry. He took many steps to bring discipline into the administration. As Transport Minister, he subjected government-run buses to discipline. He was the first to appoint women conductors. Lal Bahadur Shastri never allowed the police to resort to lathi charge and firing. He ordered the use of jets of water instead of lathis to disperse unruly crowds. Although there were many strikes in Uttar Pradesh when he was in office, there was not a single occasion when people shouted slogans against him.

Shastri’s moral conscience and responsibility to his subjects was unmovable. He was the first railway minister who resigned from office following a major train accident as he felt he was morally responsible. “I must do penance for this. Let me go,” he had told the then Prime Minister Jawaharlal Nehru. However, Nehru didn’t accept his resignation.

After the death of Nehru in 1964, Shastri stepped into the shoes of a leader who had left India grappling with a lot of internal and external threats. India’s border security with its neighbours Pakistan and China was under grave threat. Post-China war, Pakistan was breathing down India’s neck hawking over Kashmir. India’s food grain production hit an all-time low affecting its economy.

With the inevitability of an Indo-Pak war looming in the air, Shastri called on Pakistan to resolve the growing tension through peaceful talks. His efforts went to vain as Pakistan sent their troops across India’s borders into Kashmir.

“When we call for peaceful discussion, they send their troops to attack Kashmir. The aim of annexing Kashmir is pretty evident. Under these circumstances, on behalf of the Government, we were left with no other alternative than to counter aggression with aggression,” said Shastri as both the countries entered a hard-fought war which went on for nearly two months. “Jai Jawan, Jai Kisan,” was another slogan which Shastri produced to inspire the citizens and to those classes who needed it the most.

He also promoted both the Green and White Revolution under his governance.

Shastri died a mysterious death in 1966 after signing the post-war peace treaty with Pakistan in Tashkent.

He was the first person to be posthumously conferred with the Bharat Ratna. Why is Mahatma Gandhi the Father of the Nation 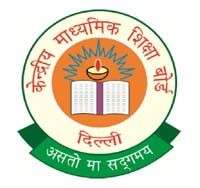