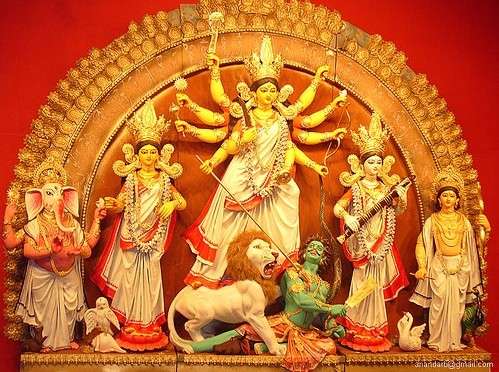 Durga Puja also called as Durgotsava is an important Hindu Festival celebrated all over India with different rituals and festivities. The festival is highly popular in states like Assam, Bihar, Jharkhand, Manipur, Odisha, Tripura and West Bengal. The festival is celebrated since the ancient times and has undergone many evolutions and adaptations.

Durga Puja is celebrated in the month of September/October every year.  It is more than a festival. It is a celebration of life, culture, popular customs and traditions. It is a time of reunion and rejuvenation to love, to share and to care.

So Much so, that Durga Puja is considered to be one of the most important socio-cultural events in Bengali Hindu society. The festival is also celebrated in Delhi, Uttar Pradesh, Maharashtra, Gujarat, Punjab, Kashmir, Andhra Pradesh, Karnataka, Kerala and Kerela.

The preparations for Durga Puja start well in advance. Decorated pandals with artistic Durga idols are a common sight during Durgotsava. The puja includes the worship of lord Shiva, in addition to Lakshmi, Saraswati with Ganesha and Kartikeya. Nine types of plants which represent nine divine forms of Goddess Durga are used during the puja. At the end of the six days festival, the Durga idols are taken for immersions.

Durga Puja symbolizes the victory of good over evil. It marks the victory of Goddess Durga over the evil buffalo demon Mahishasura. Durga Puja committees organise various competitions and fun filled activities with exciting prizes. Mouthwatering cuisines, sweets and dishes are an integral part of this celebration. 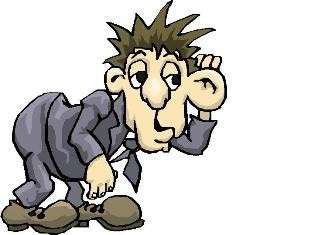 How to Improve Your Everyday Communication Skills