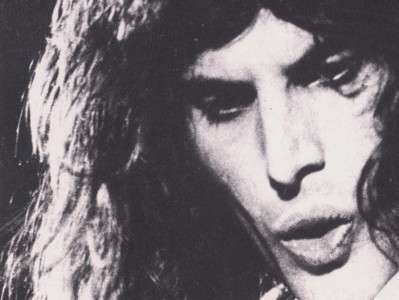 Freddie Mercury was born on 5 September 1946 on the Tanzanian island of Zanzibar. His parents sent him to study in a private school located in India, where he studied from 1955 to 1963. In 1964, Freddie and his family travelled to England. In 1966, he started his education at the Ealing College of Art, from where he graduated in 1969. He loved art and because of which he often accompanied his friend Tim Staffell, who played in a band called Smile.

When Staffell left the band in 1970, Freddie joined them as their new singer. He changed the band's name to Queen, and they took on a new bass-player in February 1971. Their first album—Queen— was released in 1973 but their real breakthrough was ‘Killer Queen’, which was a part of an album released in 1974 called‘Sheer Heart Attack’. They became immortal with the single ‘Bohemian Rhapsody’ which was a part of the 1975 album called ‘A Night At The Opera’.

After hitting the US charts in 1980 with ‘Another One Bites The Dust’, they had a lull period. Their album ‘Flash Gordon’ was not received well due to poor reception of the movie Flash Gordon (1980). Their next album ‘Hot Space’ was not a success either. The song ‘Under Pressure’, which they sang with David Bowie, went on to becoming a hit.

In 1983, they took a year off. However, in 1984, they were totally back in the groove with their new album called ‘The Works’ which had great hits such as ‘Radio Ga Ga’ and ‘I Want To Break Free’. In 1985, Freddie made his first big solo album called ‘Mr. Bad Guy’. He and the band had been in a bit of a tiff, and he wanted to have his own venture. His album was loved by the fans but soon its success faded. The band regrouped again after their famous performance at Live Aid in 1985. At the end of the year, they started working on their new album ‘A Kind Of Magic’. They also held their most famous tour ever, the ‘Magic Tour’. They performed at Wembley Stadium twice and held their very last concert in Knebworth in front of 125,000 people.

After 1986, Queen began to fade into silence. In 1987 or ’88, Freddie told his band he had AIDS, and only had a few years to live and refused to talk about it anymore. He was afraid that people would buy their records out of pity and said he wanted to keep making music as long as possible and he did. His second big solo album, ‘The Great Pretender’ was released in 1987. After that, he flew to Spain, where he released a magnificent album called ‘Barcelone’ with Montserrat Caballe, whom he had seen performing in 1983. Because Freddie loved opera, he had become a big fan of hers. For him, this album was like a dream coming true. The single ‘Barcelona’ was a huge hit and was also used as the theme song for the 1992 Olympics in Barcelona.

After Barcelona, he started working with the band again. They released ‘The Miracle’ in 1989, and it was a success and included hits such as ‘Breakthru’, ‘I Want It All’ and ‘The Invisible Man’. After ‘The Miracle’, Freddie’s health got worse. They wanted to do one more album called ‘Innuendo’.  They worked on it in 1990 and early 1991. Whenever Freddie felt well, he came over to the studio and sang. After ‘Innuendo’ was released in January 1991, they made two video clips. The first one was the video clip of ‘I'm Going Slightly Mad’, which was shot in March 1991. Because Freddie had become very thin and had little wounds all over his body, they used a lot of make-up to enhance his appearance.

He wore a wig and the clip was shot in black and white. Freddie’s final video clip was released in June 1991. The clip called ‘These Are the Days of Our Lives’ turned out to be his goodbye song, and it was the last time he appeared on film. You could clearly see he was ill, but he still hadn't told the world about his disease. Rumours went around that he has some kind of terrible disease. This rumor was confirmed by Freddie himself, one day before he passed away. He died on the morning of 24 November 1991 which was a Sunday. His death was seen as a great loss for the world of music.

Benefits of Hobbies & How to develop them