The rift within the Bharatiya Janata Party (BJP) seems to be widening as Narendra Modi bete noire Sanjay Joshi has resigned as the party in-charge of Uttar Pradesh. BJP President Nitin Gadkari has accepted Joshi's resignation.

New Delhi: The rift within the Bharatiya Janata Party (BJP) seems to be widening as Narendra Modi bete noire Sanjay Joshi has resigned as the party in-charge of Uttar Pradesh. BJP President Nitin Gadkari has accepted Joshi's resignation.
Joshi cited pressure from Modi and said, "As there is tremendous pressure from Narendra Modi, I have requested the party President to relieve me from the post of UP in-charge."
BJP sources have also indicated that Joshi may have quit the party altogether and not just a specific post. 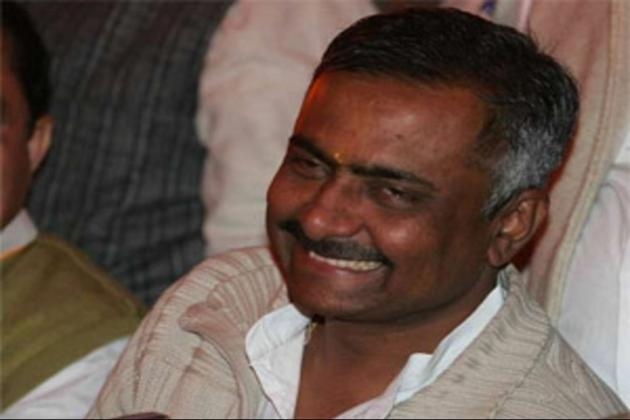 Reacting on Joshi's resignation from the party post, BJP spokesperson Meenakshi Lekhi denied any rift in the party and said Joshi wasn't asked to quit. "Sanjay Joshi was never asked to resign, he might have given the resignation on his own. People join a political party, leave and then join back. These things do happen in political parties. This is normal in democracy," Lekhi said.

BJP leader and Bihar Deputy Chief Minister Sushil Kumar Modi in an indirect attack on Modi said no one person should try to hijack the party and that the party was bigger than the individual.

Referring to Joshi's unceremonious sacking under pressure from Narendra Modi, Sushil Modi told the Economic Times newspaper that the way Joshi was dropped was not right. He said no one should force a decision or an opinion.

Sushil Modi said the incident had not gone down well with the RSS. He praised Gadkari, but said he should not succumb to pressure from any individual.

This comes at a time when posters criticising Modi and supporting Joshi has come to the fore. The new posters the BJP's logo and read 'Perform Rajdharma, Prajadharma and partydharma'.
Meanwhile, another set of banners praising Joshi have also come up in Rajkot, where a meeting of the BJP state executive will take place over the weekend.

Pamphlets have also been distributed in Ghoghamba in Panchmahal district, where a picture of Modi has been morphed by replacing his face with that of Keshubhai Patel, who is holding a rally there on Sunday.

Last week, some posters were on display outside the BJP office in Delhi and Ahmedabad in support of Joshi against whom Modi has openly expressed displeasure.

The posters quoted a poem by senior BJP leader and former Prime Minister Atal Bihari Vajpayee and interestingly, have the BJP symbol. But it isn't clear yet as to who put up the posters.
Joshi was asked to resign from the BJP national executive after Modi demanded it, in exchange of his presence at the BJP meet in Mumbai.

A vociferous Modi detractor, Joshi's resignation was the price the Gujarat Chief Minister extracted from BJP President Nitin Gadkari to attend the meet in Mumbai.

Modi had been upset with Gadkari after he had reinstated Joshi in the party and made him the in-charge of the Uttar Pradesh Assembly elections. Joshi had to quit his post in 2005 after his purported sex CD hit headlines.

Modi had not turned up to campaign in Uttar Pradesh, even as Gadkari was keen that he did. He even skipped the last party conclave in Delhi held in December last year. Since then the Gujarat Chief Minister and Gadkari were not in the best of terms.