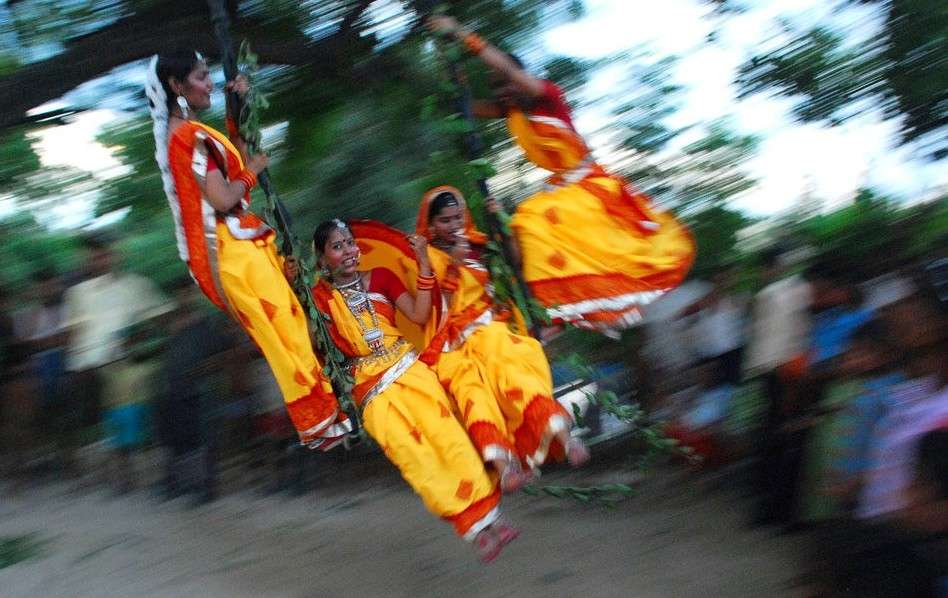 Festivals are an integral part of India. With varied cultural diversities, festivals span all throughout our calendar. The monsoons or Shravan, as it is popularly referred to as, is a time when many of our fairs and festivals are organised and celebrated. Some of these festivals celebrate the harvest season, which is considered as the most auspicious time of the year, accompanied with fasting, while others celebrate the elements of nature such as soil, wind and water.

We list a few festivals that are celebrated all over India during this monsoon.

Teej- It is a fasting festival celebrated by Hindu married women. This festival commemorates the reunion of Lord Shiva with Goddess Parvati. It is celebrated across various parts of India and is accompanied with traditional songs and dancing.

Nag Panchami- It is also called the festival of snakes and is dedicated to the snake god to protect devotees from all evils. People worship snake idols, and in some parts, on this occasion, they feed milk to live cobras.

Onam- It is a harvest festival and is celebrated all over Kerala. Onam falls in the Malayali month of Chingam (Aug–Sep), and it marks the commemoration of Vamana avatara of Vishnu and the subsequent homecoming of the mythical king, Mahabali. It was believed that with the homecoming of the King, the land experienced prosperous and good times.

Nariyal Purnima- This fishermen of Daman and Kolis of Maharashtra celebrate this festival on the eve of Shravan Purnima, which is a full moon day in Shravan. It signifies the retreat of monsoons and commencement of their fishing activities. They offer their prayers to the sea-god for a prosperous season of fishing followed by an evening of feast and merry-making.

This year, Nariyal Purnima was on 10th August, the same day as Raksha Bandhan.

Adiperukku-This festival is celebrated in Tamil Nadu during mid July–August by women. This festival pays tribute to water’s life-sustaining properties. This monsoon festival falls on the 18th day of the Tamil month of Aadi.

Hareli- Hareli is an important harvest festival for the tribal states of Madhya Pradesh and Chattisgarh, wherein farmers worship cows, bullocks, farm and other equipments related to their occupation.

Apart from the ones mentioned in the list, there are many more ancient monsoon festivals celebrated by the tribals and indigenous communities across  India. Some of them are Raja Parva (Orissa), Behdienkhlam, Nongkrem Dance, Reh festival, Cheiraoba festival, Moatsu and Ambubasi Mela (North-East).