Gattu has a happy ending

Once upon a time there was a little boy called Anirban. When Anirban was 10 years old, he used to stammer a lot, especially when he was angry. That is the reason why he spoke less, but Anirban dreamt a lot. He dreamt of flying kites, he dreamt of turning 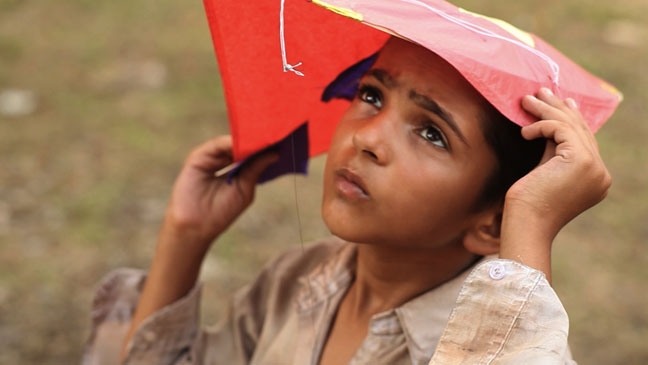 Once upon a time there was a little boy called Anirban. When Anirban was 10 years old, he used to stammer a lot, especially when he was angry. That is the reason why he spoke less, but Anirban dreamt a lot.

Often, he would sit with his best friends in his school hostel at night after dinner and narrate how he had solved a mysterious case. In most cases, when Anirban was young, this mysterious case would usually be incidents of missing pens from the classroom or some mysterious boy stealing everybody else’s underwear and dumping them into the dustbin.

He would follow every case with a lot of passion and energy and in most cases, end up clueless. But in his mind, Anirban used to solve all the cases! Everyday he would sit on the staircase of his hostel building after dinner and narrate to his best friend how he had solved a case and how he had put his life in danger for that.

His friend would listen to him and then would say with round, big eyes, "My God! Then what happened?" Anirban loved the expression!

Anirban's investigations became more intricate and more risky as he grew older. He started investigating ‘real’ cases as he discovered that he couldn’t give up on his alter-ego of turning into a jasoos. This romance with being a detective had engulfed him so much that he started investigating anything that appealed to his jasoosi senses.

A few years passed and Anirban was promoted to the seventh standard. He was a fairly good student and loved to study when he was not investigating anything. But the problem was, 'investigation' had by now become his obsession.

By this time, Anirban's stammering had worsened and he would stammer at every word. Also, for the dearth of proper subjects and also because he did not want to do jassosi on his friends anymore, he started to snoop on the hostel wardens.

He would insist and tell all his friends that he feels that the hostel warden of class seven was a shady character. That's because the forty-odd-year-old man (he was unmarried and a teacher too) would always a take an afternoon break from school and would insist on staying in his room. He said he heard strange noises coming out of his room too during his afternoon breaks.

Anirban decided to investigate this strange of strange noises.

Anirban sneaked out of his classroom and quietly climbed the pipe of the hostel room to reach his room. He had a lot of ingeniously developed tools for his snooping and one them was a kite. He would put a recording device on the red kite and quietly leave that in one of the windows of his unsuspecting 'subject'. He was also developing a camera which could be operated from a remote location.

On the day of the snooping, he had carefully placed the kite on the hostel warden's window and waited from some sound-bytes to emerge. When that didn’t work out, he grew impatient; there was only an hour left for all the students to return to their hostel.

He tip-toed towards the room of the warden and hid himself behind a pillar. Suddenly the door opened and warden, wearing only a green striped

lungi (no better than a loincloth) went to the adjacent students' loo. When he didn't return after five minutes, he grew too impatient and peeped into his room.

There, inside the room, he saw a student of fourth standard -- a frail and fair boy called Avinash. Avinash was not wearing his clothes, his school half-pants were lying by one side and all the buttons of his shirt were open. He was wiping his mouth in despair. Anirban rushed to the boy and asked him what happened?

The boy indicated that the hostel warden had asked him to swallow something which he was finding hard to swallow. The boy said that it tasted awful. He couldn't talk properly because his mouth was full of that but he wanted to throw up desperately.

Anirban rushed outside and bolted the bathroom door from outside and locked the warden in the loo.

He knew that he had solved the biggest crime story of his life.

One week later, Anirban was rusticated from school and was accused of being gay. His parents were told that he was a paedophile who would target innocent boys of the junior sections and would engage in sexual activities with them. The hostel warden was a primary witness to Anirban’s afternoon sexual escapades after bunking class.

When I last met him, he couldn't explain properly what he had seen. The stammering had increased so much (in that in one week) that Anirban would barely talk properly.

Last heard, Anirban was enrolled with an NGO Narcotics Anonymous where he was going through a drug de-addiction programme.

The film Gattu is all about what Anirban was, when he was a young boy. The only difference is that this film has a happy ending.