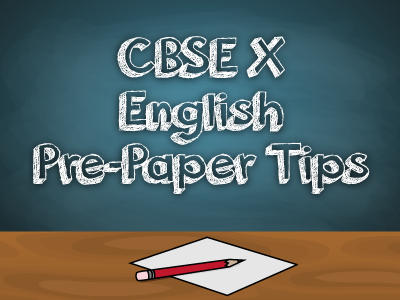 English has never been able to find a cosy place in our student life, has it? Or is it shoved into an extremely cosy, faraway corner of your study schedule, such that you frantically search for a last-minute warrior to teach you enough to get a fair score?

Whatever the case may be, there is no escape from studying the English Communicative and the Literature Reader book. Or even the Workbook for that matter, because if you have studied these three books diligently, you are poised to score pretty well in your English exam, which is on 30 March. Now let us talk about the elephant in the room; the long reading texts. Students have been prescribed Diary of a Young Girl (Anne Frank) and The Story of my Life (Helen Keller) and we will not be surprised if they have not been able to read the texts thoroughly. Busy school routines and tuition schedules coupled with the unwillingness to read literature forces students to postpone studying literature texts. So what happens a day before the English exam? Princess Panic sets in and turns your world upside down! You need someone to summarise the texts for you so that you can at least attempt literature questions in your exam right?

Well, you will kind of rescue yourself (from the horror of not attempting long reading text questions) if you read this post carefully and study the material hyperlinked at different places on this page.

Things to remember in Diary of a Young Girl:

2. Anne’s account of how the Dutch public life is disrupted due to air raids.

3. The long conversations between Anne and Peter in the diary entries of March-July.

4. Anne looking back at her life before they went into hiding. While in hiding she is a changed person and understands herself better.

5. Anne feels conflicted emotionally because of her clashes with her mother.

6. The relationship between Mr and Mrs van Daan.

7. Otto Frank’s reaction when Anne tells him about Peter and the letter she writes to him that makes him sad.

8. Anne coming to terms with anti-Semitism and realising that outside the hiding Jews are not even treated as human beings. The person who brings vegetables is caught by the police for hiding two Jews in his house. They cannot have breakfast anymore, and lunch is just porridge and bread, and dinner isn’t much better. Anne feels miserable. The war really gets to her. Her hopes begin to fade and she feels weak.

9. The diary entry for 15 July 1944, when Anne writes about her feelings and believes that “in spite of everything, people are really good at heart.”

10. Anne reconciles with her family and loves them.

11. Anne’s last diary entry is 1 August 1944. At this point of time, she thinks she is a bundle of contradictions, an Anne that everyone sees, and the Anne she really is. She gets a grip on her feelings and finds goodness and ways to feels better.

On the morning of 4 August 1944, German and Dutch police arrested eight people from the Secret Annexe. The police took all the money and anything valuable that was found in the Annexe. The eight were first taken to a prison in Amsterdam and then sent to the Auschwitz concentration camp in Poland. In January 1945, Peter van Daan had to go on the prisoners' walk from Auschwitz to Mauthausen in Austria, where he died on 5 May 1945. Sadly, he died only three days before the Allies got to the camp. Margot and Anne Frank died in an epidemic in the winter of 1944-5 at the BergenBelsen concentration camp near Hanover, in Germany. Miep and Bep, employees of Otto Frank and two of the four helpers who assist the people in the Annexe, were not arrested. Miep later found Anne's diary in the building and kept it safely until after the war. Otto Frank miraculously escaped the Holocaust and Miep Gies gave Otto Frank the diary and a bundle of loose notes that she had saved in the hope of returning them to Anne. The diary was first published in Amsterdam in 1947 and republished in English in 1952.

Click here to read an interesting blog related to Diary of a Young Girl.

Answer questions from Diary of a Young Girl with help from TopperLearning. Click to know more!

Things to remember about The Story of My Life:

The Story of my Life is an account of the most eventful years in the life of Helen Keller, a deaf-blind girl who gained respect from around the world for her achievements and contribution to the society. The story describes Helen’s struggle as a young girl devoid of any means to communicate her feelings and early encounters with the disability. Her life changed for good with the entry of her teacher Miss Sullivan.

The teacher-student duo remained with each other for decades with the former holding Helen firmly through all her struggles and helping her succeed in receiving an education. The story is strongly based on the characteristics of patience, perseverance, determination, optimism, and an undying passion for achieving more in life. Keller is struck with an illness when she is an infant and this makes her blind and deaf. It throws her into a dark world of confusion but Miss Sullivan comes miraculously to her rescue and having received the right kind of education, Helen Keller accomplishes her life goals.

2. Helen’s struggle at Radcliffe College and her determination to get in there

3. Remember the Frost King incident (chapter 14) even if it is chapter number 14 of the book Helen Keller’s The Story of my Life.

4. A girl who couldn’t see, hear or speak learnt to read and talk. So the best that you can I can do is at least read and write something about her in honour of her achievements.

7. Chapter 15: Coping with Frost King episode and Niagara Falls and the World’s Fair 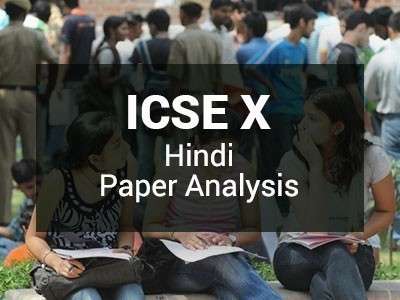