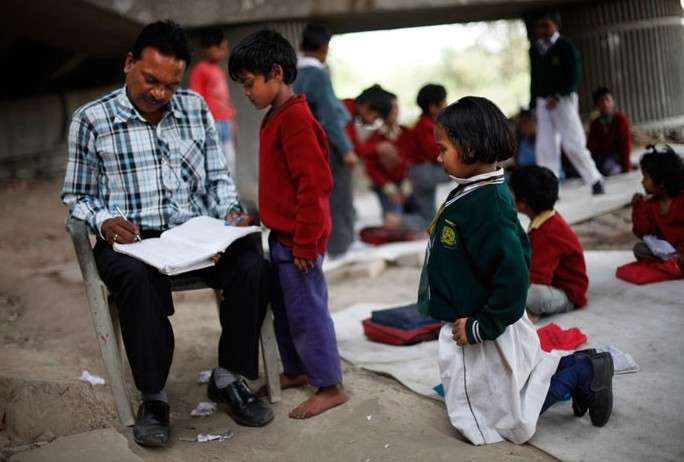 Why literacy is key to India's development?

It is expected that, in 2020, the average age of an Indian will be 29 years, compared to 37 for China and 48 for Japan; by 2030, India's dependency ratio is estimated to be just over 0.4. This means that out of every 100 citizens, India will have 60 people in the productive age between 15 and 64. So, India will have a higher productive workforce as compared to the ageing population of Japan, Western Europe and USA.

Yes, a growing pool of young workers can be a huge advantage, but only if the nation works hard to set them up for productive careers.

The inevitable wonders of reaping benefits from our young population can only happen when we can overcome the huge challenge of educating all and expanding job opportunities available to citizens entering the labour force every year.

As observed, China was able to convert its growing labour force into an economic miracle by encouraging a rapid mass migration of inland farmers to the more productive coastal cities. Over the past decade, the share of Chinese population living in urban areas rose sharply as compared to that of India’s.

India’s hope for a big payoff from population growth ignores where people are living. Rising population helps drive growth when people are moving to higher-paying and more productive factory jobs in cities and not languishing in farms.

We are at a critical juncture at this point. We can either become a global power with our young and ambitious population; else we can fall behind and become a nation plagued with instability. If our young population is deprived of jobs and work and if we don’t work on our literacy rate, then we are heading for tough times. More inequality will result in more crime which in turn will stop the whole world from investing their trust and money in India. Less inflow of money will mean we will have a weak economy and we will never reach our target of being a successful nation.

The problem can be solved-- not by talking about what the Government will or needs to do. We can bring a change ourselves, right from our school days. If we, who are educated, can teach a child or an adult, we can make a difference. We actually are too involved in our own activities that we don’t see the real world problems of the times we are living in. It only takes a movie like Slumdog Millionaire to open our eyes to the reality but that too fades away soon.

In our schools, we have extra-curricular activities. Why not include a course or an assignment involving an educated child being responsible for an uneducated child in our existing system? A school can design its program in such a way that children get to visit NGOs or government run schools in nearby slums and villages once a week.

How will this make a difference? It will make us grow into more responsible citizens who would be aware of the kind of inequalities we are living in. By participating in the efforts of promoting literacy, we will be helping ourselves in making us educated in the real sense.

Teachers, if you are reading this, kindly take a note!

Infographic: India and its Neighbouring Countries on Literacy Day

Are Schools Giving Adequate Facilities to a Girl Child?