Home/ Blog /10 women in sports who made india proud

10 Women in Sports who Made India Proud

There was a time when Indian women were not given much recognition in sports.

There was a time when Indian women were not given much recognition in sports, but now the times have changed and taken a dramatic twist. From PT Usha to Sania Nehwal, Indian women today have travelled a long distance towards the triumph in sports. At present, there is no such field where Indian women have not made their mark. We salute these women who have changed the face of sports for women in our country. Let’s look at the leading sportswomen of India.

Pilavullakandi Thekkeparambil Usha is a name almost everyone in India would know. She is one of the most phenomenal runners of all times. This miracle girl from Kerala has been part of athletics since 1979. Her interest for running began in school when she was selected to represent India at the district level. In 1982, she won the first silver medal in the 100 m and 200 m track races in the Delhi Asiad Games. A year later, Usha won her first gold medal in the 400 m track race making a new Asian record. From 1983 to 1989, she earned thirteen gold medals at Asian Track and Field (ATF) meets. Now, she is running the Usha School of Athletics at Koyilandy in Kerala. 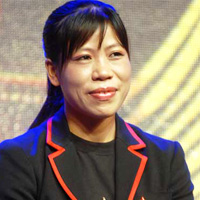 Mary Kom, a five-time world champion, has proven that women don’t only belong in the kitchen and can create wonders even in a field like boxing. She has risked stepping into an area where even men think twice before venturing.  Her last win was in the Fifth World Boxing Championship title in Bridgetown, Barbados in 2010. So far, she is the only boxer who has won a medal in all the six world championships. 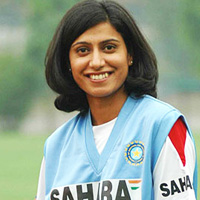 Anjum Chopra is the first Indian female player who has scored a century in a One Day International match. She is a left-handed batsmen and an opener in cricket matches who never leaves the pitch without giving a hard time to the bowlers. She was also awarded the Arjuna Award in 2007 and the Padma Shri in 2014 for her valuable contribution to Indian Women’s Cricket. 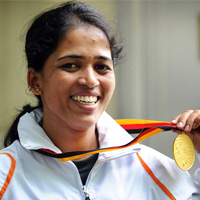 Tejaswini Sawant is an ace shooter, born in a Maratha family in Kolhapur, Maharashtra. In 2004, she represented India in the 9th South Asian Sports Federation Games held in Islamabad. She was also chosen to represent India at the 2006 Commonwealth Games in Delhi. In the 2010 Commonwealth Games, she won a silver medal for the Women’s 50 Rifle Prone (Singles) and won a bronze for the Women’s 50 Rifle Prone (Pairs). 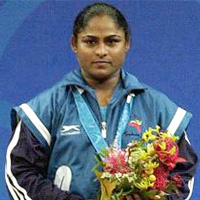 Karnam Malleswari from Srikakulam, Andhra Pradesh, is a world famous weightlifter. In 1992, she took part in the Asian Championship and won three silver medals setting a new record for Indian women in sports. She also won three bronze medals in the same championship. Karnam broke her own record in the Senior National Weightlifting Championship in 1997. In the 2000 Summer Olympics, she won a bronze for lifting 110 kgs in Snatch and 130 kgs in the Clean and Jerk. 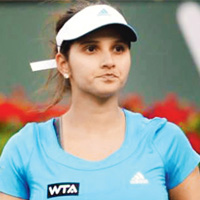 Sania Mirza is a well-known female sportsperson internationally. She was the first Indian woman who managed to make it through the fourth round of the Glam Slam Tournament in the US Open in 2005. She was introduced to this game in 2003, and till now has managed to give her opponents a hard time in the court. This young woman has also made it to the top 30 Women’s Tennis Association (WTA) rankings in singles and top 10 in doubles. In 2005, the Time magazine named Sania as one of the 50 heroes of Asia. She was also honoured with the Arjuna Award in 2004 and the Padma Shri award in 2006. In the 2015 Wimbledon tournament, Sania made history by winning the doubles title with the legendary Martina Hingis. 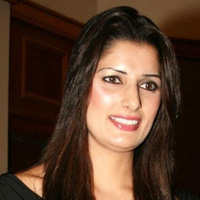 Sonika is the only Indian woman wrestler having made it to the Asian Games. She is the daughter of former wrestler Chandgi Ram, a very well known name in the wrestling field. She was also a member of the Indian squad of the Doha Asian Games. Being a woman, Sonika gracefully followed in her father’s footsteps to keep the name of her family in the sport with pride and honour. 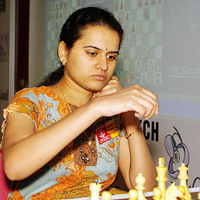 Koneru has been a grand master player of the game of kings. This young woman from Andhra Pradesh has held the record of the youngest women ever to become a grandmaster. At the age of fifteen when most girls were busy playing with toys, Koneru kept herself busy with strategy on a chessboard. In 2001, she won the World Junior Girls Chess Championship. She has also received many prestigious awards such as the Arjuna Award and the Padma Shri. 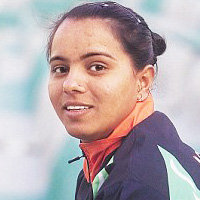 Saba Anjum is a former India hockey captain and a member of the gold-winning 2010 Commonwealth Games team. She received the Padma Shri for her contribution to hockey. She represented India during the 2002 Asian Games, 2004 Asia Cup, and the 2002 and 2006 Commonwealth Games. 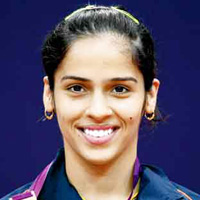 Saina Nehwal is the first woman in Indian history to reach the World No. 1 rank in Badminton. The Badminton World Federation presently ranks her as World No. 4. Both her parents were ex-badminton players of Haryana, and thus, they encouraged Saina to enter the same field. In the 2010 Commonwealth Games, she won a gold medal for Women’s Single Shuttle Badminton. In 2014, Saina defeated the World Champion PV Sindhu and won the Women’s Singles of India Open Grand Prix Gold Tournament.

Looking at these achievements by women, our country should encourage more girls to take part in sports.

173 Medals for India at Summer Olympics

9 Nano American Satellites to be Launched by ISRO