when light from gas discharge tube is passed through a prism, what happened to the electrons and what type of spectum is formed?

When light from a gas discharge tube is passed through a prism, the result is a line spectrum. In contrast to a band spectrum, a line spectrum contains only  certain discreet wavelengths of light. Each element gives a characteristic line spectrum, the lines arising from electron transitions within the atom. With one electron and one proton, hydrogen is the simplest element and gives the simplest line spectrum. For example, there are only four lines in the visible region of the hydrogen spectrum, at 656 nm (red), 486 mm (blue-green), 434 nm (blue-violet), and 411 nm (violet). There are actually three series of lines in the hydrogen spectrum, one in the infrared region, one in the visible region, and one in the ultraviolet region. The ultraviolet series involves transitions of electrons to the first energy level (n = 1) of the hydrogen atom, the visible series involves transitions to the second energy level (n = 2), and the infrared series involves transitions to the third energy level. The energy of electromagnetic radiation is indirectly related to wavelength, meaning that the longer the wavelength the lower the energy. Therefore, given the four visible lines above, the red line at 656 nm is the longest wavelength and must correspond to the lowest energy transition (3 → 2). Similarly, the blue-green line at 486 nm corresponds to the next lowest energy transition (4 → 2), and so on. 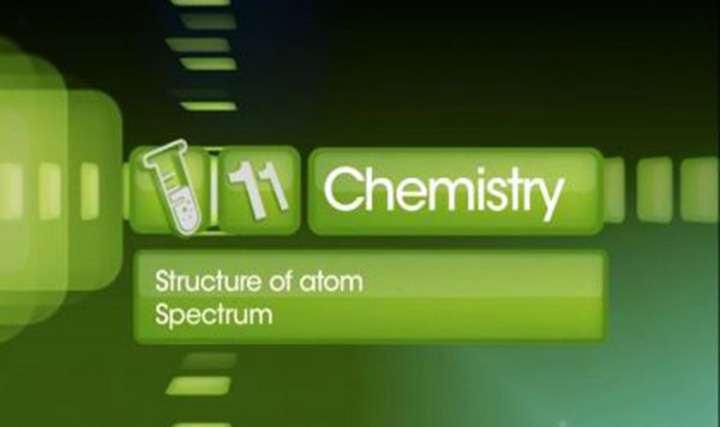 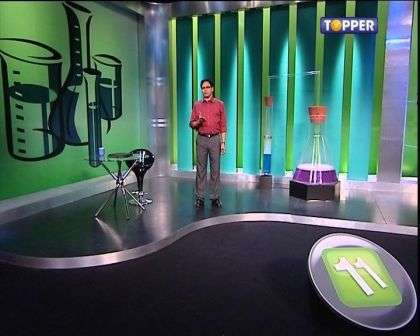 This video explains the line spectrum of hydrogen, Bohr's model for hydroge... 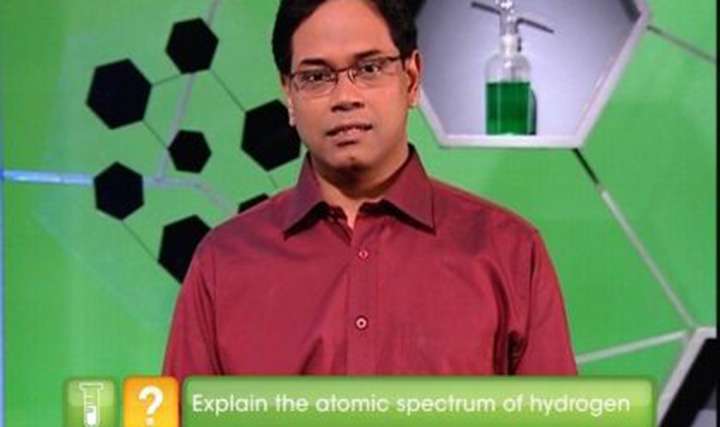